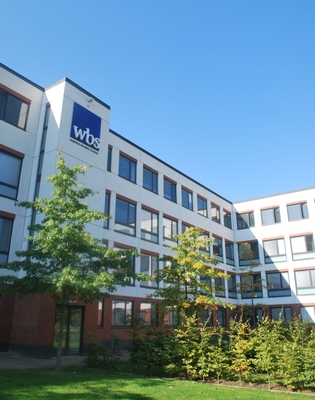 The Economist has ranked the University of Warwick’s Business School’s full-time MBA the best in the UK and in the world’s top 20.

This is the highest-ever position Warwick Business School (WBS) has had in The Economist/WhichMBA?’s annual global ranking of full-time MBA courses.

As well as being first in the UK the ranking placed WBS 18th in the world and fifth in Europe, with WBS being the only business school from the UK in the world’s top 20. Indeed, only four continental European schools are in the top 20 with The Economist ranking 100 business schools covering 17 countries.

Mark Taylor, Dean of Warwick Business School, said: “This is the culmination of five years of strategic planning in WBS that has lifted us to the very top of the UK rankings and into the group of top 20 business schools in the world.

“The Economist's recognition of the Warwick MBA as the UK's leading full-time MBA programme is echoed in the sustained, dramatic league table rises we have seen right across our portfolio of programmes in the last few years, such as the WBS Distance Learning MBA, which is also ranked number one in the UK.

“Coupled with our success in research - ranked in the UK top three for research intensity by the 2014 Research Excellence Framework and the University of Texas, Dallas Business School Research Ranking - the staff, students and alumni of WBS can justifiably be proud of belonging to a truly world-class institution.”

Professor Sir Nigel Thrift, Vice-Chancellor of the University of Warwick, said: “2015 has been a year of outstanding success for the University of Warwick, with our being placed in the top 100 in all three international world rankings. The Economist naming the Warwick Business School’s full-time MBA programme as the best in the United Kingdom for the first time and 18th in the world is a further remarkable achievement and is a clear demonstration of the dedication and skill of both staff and students.”

The Economist’s ranking uses information provided by accredited business schools around the world, and asks their current MBA students plus recently-graduated MBAs to provide feedback through an online survey.

WBS climbed 17 places to 15th in the world in the Open New Career Opportunities category, placing the school first in the UK and second in Europe.

In the Personal Development/Education Experience section WBS was ranked 22nd in the world - a rise of 12 places - second in the UK and seventh in Europe.

While WBS improved by two places to fifth in the world in the Potential to Network category, which saw it fourth in Europe and second in the UK.

Full details of the ranking are available here http://www.economist.com/whichmba