Film and Television Studies at the University of Warwick are delighted to be partnering with the Pod on a new collaborative research project: ‘Using Film to Affect Change: Mental Health, Social Advocacy and the Moving Image’. 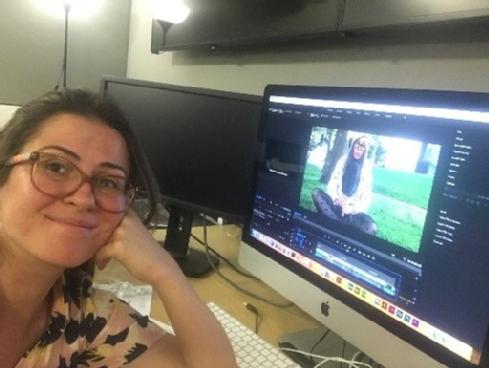 Thanks to a Warwick Fellowship award, the department are welcoming research student and filmmaker, Hande Cayir, to undertake this Practice as Research PhD. It’s a collaboration between Michele Aaron (Reader in Film and Television and Director of Screening Rights Film Festival) and Christine Eade, Manager of The Pod. Part of Coventry City Council, The Pod has successfully reframed what should be expected of mental health services. Film, which has played an important role in its advocacy work, is an area they are keen to develop.

Hande will investigate the potential of film to represent human vulnerability in a way that counters taboo and stereotype and offers instead an ethical experience that might prove transformative for the subject of the film, most importantly, but also for the audience. She’ll do this through developing various film-related projects that support the Pod’s work – such as co-creating films with their citizens about their mental health journeys – and Screening Rights Film Festival. Through this she’ll further our theoretical and practical understandings of the role of film in personal and social change, and its application within public health and community settings.

Commenting on her research, Hande said:

"Throughout my life, first unconsciously and then intentionally, I have shared my stories through visual arts, communication design, journalism and documentary practice, all of which have been transformative. Autoethnography allowed me to share my vulnerable self with our communities while respecting differences, equal rights, and feelings. I have been able to cope with life's ups and downs by telling my own story through expressive writing, impromptu singing, and first-person filmmaking.

"Currently, I am a postgraduate researcher at the University of Warwick's Applied Screen Studies. I am researching how participatory filmmaking can counter stereotypes and empower individuals by representing human vulnerability. Through collaborative exhibitions, films, and journal publications, my research strives to raise awareness and combat the stigma around mental health recovery."