The award-winning producer of the films City of God and The Constant Gardener, believes that the study of film is more than just an academic discipline. Donald Ranvaud made the comment after being conferred with an honorary doctorate during one of the University’s 2016 graduation ceremonies. 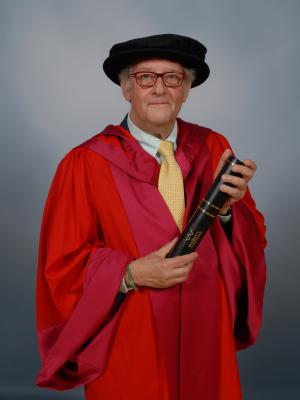 The role of Film Studies

After receiving his honour Mr Ranvaud discussed the role of film studies and stated that he believes it isn’t just a course offered by universities and its importance is far-reaching. In an interview he said: “I think film studies are a necessary part of life. There are psychoanalysts who give you films to watch as part of therapy. They can teach you about different ways to confront yourself.”

Mr Ranvaud’s links to the University of Warwick go back several decades as between 1976-88 he taught within the Department of English and Comparative Literary Studies. Although he holds literature in high esteem he pointed out there is a distinct difference between film and literature. He said: “I do not consider literature to be the main avenue into film studies; the script is not a piece of literature it is a structure that aims to be something else.”

In the interview he reminisced about one of his former students whom he advised to abandon his studies and pursue his interest in music. The student, Gordon Sumner - also known as Sting - took Donald’s career advice and went on to gain 17 Grammy awards for his solo work and as lead singer of the band The Police

You can listen to his exclusive interview following the ceremony here: