· The images were then used to support a bone specialists expert testimony, and securing a guilty verdict for the child’s mother

The scans images with one thousand times of the detail of a hospital scanner, meaning they were able to detect 2 more microscopic injuries which could otherwise have been missed by conventional medical CT scanners. 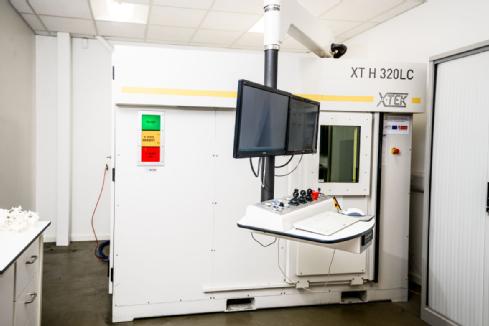 The evidence produced helped reveal a total of ten injuries of varying ages. 3D renderings of these injuries were shown during trial to provide visual context and support the bone specialist’s expert testimony.

This secured a guilty verdict for the charge of manslaughter for Teri-Rae’s mother Abigail Palmer, who has been sentenced today - 4th April 2019.

The work was conducted as part of an ongoing research partnership between Warwick University and West Midlands Police which uses such scanning technologies to support homicide investigations.

Professor Mark Williams of WMG at the University of Warwick comments:

“State-of-the-art 3D scanning technology allowed us to identify multiple fractures to Teri-Rae’s ribs that had occurred over an extended period of time.

“The ability to produce highly detailed 3D images of these shocking injuries that could be presented at court helped establish the truth and show what had happened. It’s an honour for us to provide critical evidence to this case, and to be able to help the police investigate such an unfortunate tragedy.”

“We were able to show that Teri-Rae suffered 10 rib fractures over a four to 12 hour period between 3am and 11am on 2 January.

“Palmer had been at a pub for six hours on New Year’s Day but claimed to have drank mainly squash, not alcohol, as that would have breached a condition of the Child Protection Plan she was bound by.

“We don’t believe her… and neither did the jury. We suspect she came home drunk, was awoken by her baby in the night and inflicted these terrible images in response to Teri-Rae’s crying.

“Palmer admitted the baby was never out of her sight and never mishandled by anyone else; she offered no plausible accidental explanation for her daughter’s injuries. There was no indication Teri-Rae suffered a bone fragility condition and she was not independently mobile enough to have injured herself.

“Significant force is required to cause rib fractures in a baby… the presence of rib fractures in a baby of this age is indicative of abusive, deliberately inflicted, injury. This was a truly heart-breaking case to investigate, that a little baby’s life was taken by the one person who should have been protecting her.”