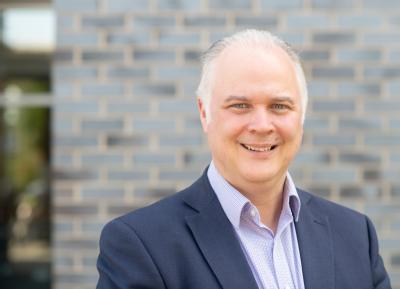 A leading University of Warwick expert in resuscitation and CPR has been recognised for his significant efforts to help save lives by an international professional body.

The International Liaison Committee on Resuscitation (ILCOR) has honoured Professor Gavin Perkins, Director of Warwick Clinical Trials Unit in its selection of “Giants” in the field of Resuscitation Science for 2021. He joins Maaret Castren, Peter Morley, Laurie Morrison and Jeff Perlman among an impressive and elite group of notable individuals who have been honoured since 1985 as “giant”.

ILCOR bestows this honour on only five individuals every five years. All ILCOR giants are recognized by their ILCOR peers for their outstanding commitment and careers in the field of resuscitation science, and significant contributions to saving lives.

Professor Perkins leads Warwick Clinical Trials Unit, based at Warwick Medical School at the University of Warwick, where he is Professor of Critical Care Medicine, and he is currently ILCOR Co-Chair.

Professor Gavin Perkins said: “I have always admired the ILCOR ‘Giants’ as outstanding figures in the area of resuscitation and I’m humbled to now be considered among them. The work that this honour recognises owes a great deal to the many talented researchers, collaborators and most importantly patients and their families who I have been fortunate to work with and to whom I remain grateful.”

Dean of Warwick Medical School Professor Sudhesh Kumar OBE said: “We are delighted that Professor Perkins has been recognised for his substantial contribution to research and practice in resuscitation, an area that is truly lifesaving. I’m sure colleagues across Warwick Medical School will join me in congratulating him for this well-deserved honour.”

Gavin Perkins is widely recognised as one of the world’s leading experts in cardiopulmonary resuscitation (CPR). He has been undertaking and publishing resuscitation research for more than 20 years and now leads a clinical trials unit that is producing outstanding research across several clinical domains but particularly in CPR. Gavin has been an active contributor to the International Liaison Committee on Resuscitation (ILCOR), the European Resuscitation Council (ERC) and the Resuscitation Council UK (RCUK) for many years and holds major leadership roles in all these organisations. He is currently ILCOR Co-Chair and Director of Research for the ERC.

Among his work in this area, he has worked closely with charities to support major media campaigns and to build a national defibrillator network. As Chair of the UK Community and Ambulance Committee, he oversaw the UK national curriculum for community CPR and defibrillation and worked with the UK government to develop the national plan to improve cardiac arrest outcomes. These programmes have improved bystander CPR (by 8%), doubled community defibrillation rates, contributing to hundreds more patients surviving cardiac arrest.

He has raised over £12.5m for cardiac arrest research (lead investigator) and £9m in collaboration with others from around the world. Exemplars of his work include the PARAMEDIC-1 (cluster randomised trial of mechanical chest compression in OHCA) which was recognized through the award of the Society of Clinical Trials Trial of the Year Award (2014). He also led PARAMEDIC-2 (placebo-controlled trial of adrenaline in OHCA) trials. These can both be considered as landmark trials in CPR but the PARAMEDIC-2 trial, in particular, was an outstanding achievement and is considered widely as one of the most significant resuscitation trials in recent years.

Download a photograph of Professor Gavin Perkins at: https://warwick.ac.uk/services/communications/medialibrary/images/april2020/ctu_145.jpg