New research from the University of Warwick serves as a warning to banks not to over invest in mortgages.

The study was conducted by Dr Natacha Postel-Vinay who examined the state of banks in 1920s Chicago, the city which had the highest urban bank failure rate in the Great Depression. 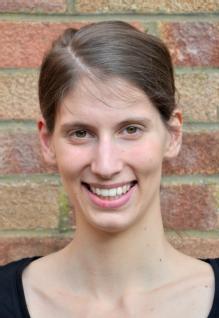 Dr Postel-Vinay who is based at the University’s Department of Economics said: “Chicago had been known by historians as undergoing a severe real estate boom and bust in the 1920s – but no-one had actually undertaken to quantitatively test the link between this real estate boom and the bank failures.

“A majority of banks failed in Chicago which makes it particularly important to study if one wants to find out about causes of bank failures generally.”

Her research is released the same month that Britain’s biggest building society, the Nationwide, announced it is increasing the maximum age of its mortgages to 85 and Barclays bank introduces a 100% mortgage – the first since the banking crisis.

For her study Dr Postel-Vinay analysed hand-collected bank balance sheet data from 1923 to 1933. Her paper, ‘What caused Chicago bank failures in the great Depression? A look at the 1920s’ has been published in the June edition of the Journal of Economic History. In it she shows that mortgages mattered for banks more from an illiquidity point of view than from a quality point of view. In the Great Depression banks did not make any significant losses on these loans as their sizes were small relative to property prices. Nevertheless their lack of liquidity (due to long maturities) posed a significant problem for banks when they came to face a liquidity crisis.

In the 1920s Chicago underwent a significant real estate boom and bust. Dr Postel-Vinay’s paper highlights that banks that invested too much in mortgages in the 1920s were more likely to fail in the 1930s depression. Dr Postel-Vinay believes that this is of significance to today’s banks. She states that because although we know that in the recent banking crisis real estate was an important cause of bank trouble, few people know this was already the case in the Great Depression. By suggesting some continuity between the 1930s events and the 2000s, her paper lends further support to the idea that there may be strong connections between bank health and real estate investments. Although in the recent crisis banks actually made losses on mortgages, their inherent lack of liquidity was also a source of weakness.

Dr Postel-Vinay added: “The general lesson I draw for banking supervision policy is that ‘liquidity risk management matters:’ although today real estate loans have gained in liquidity thanks to securitisation, they are still fundamentally less liquid than other types of investment – therefore banks should think twice before loading up on those in good times.”

What caused Chicago bank failures in the great Depression? A look at the 1920s has been published in the June edition of the Journal of Economic History