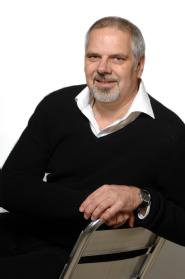 A new study, led by researchers at the University of Warwick in the UK and the Ruhr-University Bochum in Germany, and just published in the Journal Early Human Development, has found that both the length of time spent in hospital after birth and the use of mechanical ventilation are key indicators of reduced mathematical ability in preterm children.

Mathematic abilities are crucial for lifelong academic attainment. Impairments in mathematic abilities are common in very preterm children. Earlier studies of children who are born very preterm (before 32 weeks of gestational age) have shown that they have a 39.4% chance of having general mathematic impairment, compared to 14.9% of those born at term (39 to 41 weeks). This may be due to the fact that mathematic performance requires simultaneous processing of complex information which is particularly compromised in preterm children.

However, the study also establishes two significant individual key indicators of future mathematic problems for preterm children; the duration of neonatal medical treatment in hospital immediately after birth and the use of mechanical ventilation.

A total of 51 very preterm children were ventilated longer than 30 days (thus the highest risk group) and these, on average, had a general maths score of 73 and a specific maths score of 91.

Dr Julia Jaekel, from both the University of Warwick’s Department of Psychology, and the Ruhr-University Bochum said:

“It is difficult to see how one could reduce the duration of neonatal medical treatment, as this may relate to a number of medical needs. However there are now less invasive options to mechanical ventilation as the adverse effects on brain development are well known. Future studies will have to show if the less invasive treatment of new generations of preterm children may also have decreased their risk for speciﬁc impairments in mathematic tasks.”

“Our ﬁndings may have significant implications for the choice of mode of respiratory support in neonates.”

The research received funding from the German Research Foundation (DFG) and the German Federal Ministry of Education and Science (BMBF). The contents and conclusions of the research are solely the responsibility of the authors and do not represent the ofﬁcial views of the DFG or the BMBF.

University of Warwick in the UK, and the Ruhr-University Bochum in Germany