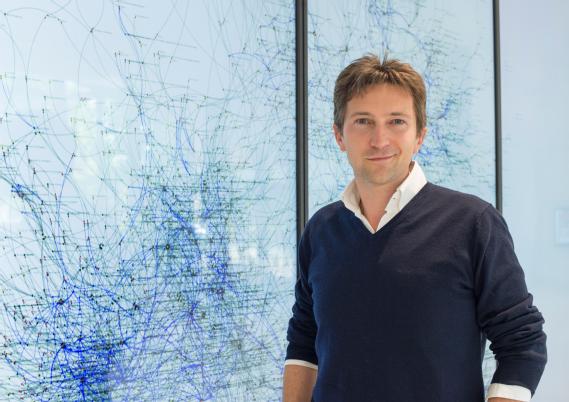 Euripides’ tragedy about love, betrayal and revenge is coming to Coventry. The play will be produced by Classics students at the University of Warwick, and will be performed in the Main Stage of the prestigious Belgrade Theatre in Coventry.

Known as one the most tragic pieces of ancient Greek theatre, the play tells the story of the former barbarian princess Medea and her desire to exact revenge against her unfaithful husband, Jason.

The play, written two and a half thousand years ago in Athens, is based on the myth of Jason and Medea and remains one of the most frequently performed of the Greek tragedies.

In previous years the Classics Society has performed a range of ancient theatrical works like Sophocles’ Antigone and comedies such as Aristophanes’ Lysistrata and Thesmophoriazusae.

Funding for the play was provided by the Institute for Advanced Teaching and Learning (IATL) at The University of Warwick as well as donations from alumni and friends.

Dr Michael Scott, Associate Professor of Classics at the University of Warwick explains the resonance of the play with modern audiences. “Medea was the first Greek tragedy I ever studied - and it got me hooked. The reason was simple. At its heart it asks a series of questions as relevant today as 2500 years ago. What does justice look like? Can revenge ever be the right course of action? How can women fight their corner in an all too often male dominated world?”

To document the development of the production, the Classics Society has produced a blog which includes interviews with the Director Asha Martin, Warwick Classics Society President Harvey Aungles, and Azilis Denigot who has directed the trailer.

The interviews offer a behind the scenes look into production, rehearsals, shooting of the trailer and also the challenges of interpreting Medea for modern audiences.

As always, the schools’ performance of Medea, on Friday 19th January, is part of the Annual Ancient Drama Festival for Schools 2018. Supporting the performance, the Department of Classics is offering a series of interesting lectures and seminars on the subject of the play and its context, presented by a number of academics. The event is a free and engaging way to immerse GSCE and A-Level students in classical literature and culture that also corresponds to a number of subjects and their syllabi.

Dr Scott says “the Warwick Classics Drama Festival is now the largest outreach and engagement festival put on by the Warwick Faculty of Arts, showcasing the talent of Warwick students both on and back stage, working in conjunction with Warwick Classics staff, to open up the wonders of ancient Greek theatre to a whole new audience and generation. Students often talk about being involved with the play as the highlight of their degree, and those who come to see it often speak of the powerful impact it has had on their lives.”

Last years’ drama festival was a complete success, with the Belgrade hosting approximately 560 students and teachers.

One last word from Dr Scott and the Classics Society, “we look forward to seeing you there in 2018 as Medea takes to the stage in our most professional production yet at the Belgrade Theatre, Coventry.”