On a ski resort, after spending time on the slopes skiers will often head inside for a break in a restaurant or bar leaving their skis with everyone else’s on a rack outside. For this reason avid skier James Pittard decided not to buy himself expensive skis for fear that they would go missing, whether intentionally or unintentionally. 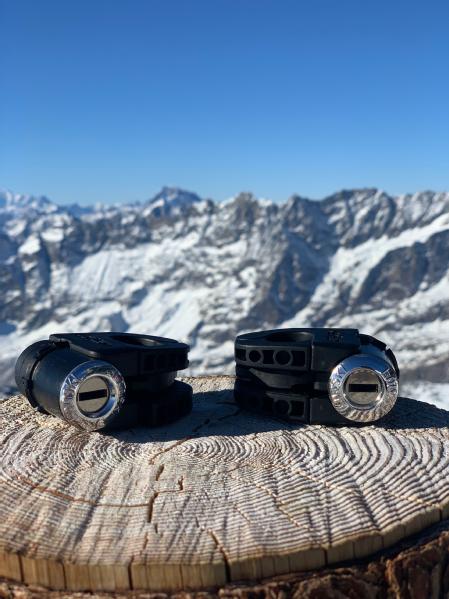 This led him to think about an easy to use, pocketable device that could lock both skis and poles simply together. Taking his idea to a design agency, the Loqski ski lock, with its high security combination lock that can be operated even with ski gloves on, was launched in a zinc-based material.

However, as sales were taking off the zinc-based material used couldn’t be manufactured quick enough to keep up with demand, until they discovered GV-5H, a glass fibre reinforced thermoplastic material that is often used in the automotive industry as it’s incredibly tough yet lightweight.

James then approached WMG, at the University of Warwick for help on a number of aspects of this looking into Grivory GV-5H, including testing the material, assessing the strength of the redesigned components in the assembly and giving advice on ways in which costs can be reduced during the manufacturing process.

Whilst it’s not possible to 3D print in Grivory GV-5H, researchers from WMG printed the prototype parts in strong engineering plastic with a carbon fibre infill using Markforged Mark 2 FDM printer that would reflect the strength of this material. These prints proved the suitability of Grivory GV-5H for this product.

They also assessed whether a redesigned barrel design component would fit into the assembly as changing just this one part would help reduce costs. They produced many 3D prints of the barrel component; these parts were then thoroughly tested not only for form and function but also to assess that it would fit with the other components in this existing assembly.

Being able to fully test the fitment of the new barrel design enabled Loqski to compare the cost of having to tool a completely redesigned product, which would be an excess of £50,000, or spending £7,000 for tooling just this barrel component and using it in the existing assembly. 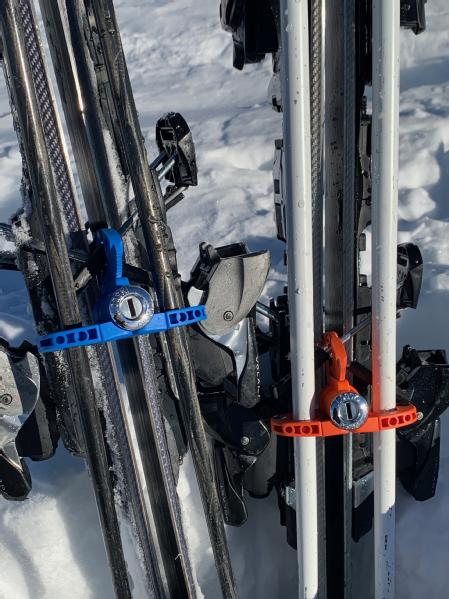 “Loqski are now in a position where they are able to streamline manufacture. With less components to assemble, the assembly time has sped up and so manufacturing costs have been reduced. Loqski always had an ambition of keeping manufacture in the UK and by reducing manufacturing costs, we are pleased that we could assist them in doing that. We are thrilled to see them take their new and improved lock to the market, and hope that skiers this season will invest to keep their skis safe.” says Neil Jeffree, Innovation Manager at WMG, University of Warwick.

By reducing manufacturing costs Loqski is now able to produce a more cost-effective end product in higher volumes, which will put the company in better stead to work with distributors and have the product stocked by retailers worldwide. It has also led James to consider expanding the product’s reach even further.

“One of the things we’d now like to push is getting the new product into the ski rental market, where it can be hired out when skiers rent their skis. This is something we would never have considered with the zinc-based product as it was just too expensive.” says James Pittard, founder of Loqski.