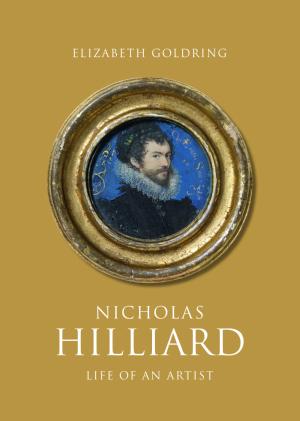 Nicholas Hilliard: Life of an Artist by Dr Elizabeth Goldring has been named the winner of Apollo magazine’s Book of the Year.

A study of the life and work of one of the most renowned artists of the Elizabethan and Jacobean eras, who had strong links to Warwickshire, Dr Goldring’s work was declared by Apollo, one of the world’s leading arts journals, as ‘not just the definitive biography of Hilliard but essential reading for anyone interested in late 16th- and early 17th-century England’ and ‘both timely and exemplary’.

Commenting on the award Dr Goldring, Honorary Associate Professor of Warwick’s Centre for the Study of the Renaissance, said:

“I am honoured to have won the Apollo ‘Book of the Year’ Award for Nicholas Hilliard: Life of an Artist. Portrayer of Elizabeth I, James I, and their courts, Hilliard lived an exceptionally long and rich life, notable for the wide range of people he met and portrayed, as well as for his own extraordinary journey to the heart of the Tudor and Stuart courts.”

Hilliard’s work covered a wide range of media, but his fame chiefly 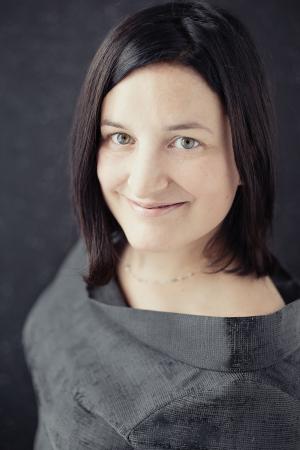 derives from tiny, exquisitely detailed miniature portraits painted in watercolour on vellum, using a brush made out of squirrel hairs set in a bird quill and mounted on a wooden stick. Because of their diminutive size, with most no larger than a modern watch face, Hilliard’s miniatures had the great virtue of being portable.

Discussing the role and importance of miniatures in the late 16th- and early 17th-centuries, Dr Goldring said:

Miniatures were frequently exchanged between lovers. But they also played an important role in diplomatic negotiations. In modern times, miniatures have been somewhat overshadowed by large-scale oil paintings. Yet miniatures required just as much – if not more – artistry to produce.

Nicholas Hilliard’s life would see him paint portrait miniatures of some of the leading figures in the history of Warwickshire; including Robert Dudley, Earl of Leicester, who commissioned several miniatures from Hilliard. Dr Goldring explains:

“Warwickshire and its people were key to Hilliard’s success. Robert Dudley, Earl of Leicester – who famously hosted Queen Elizabeth I 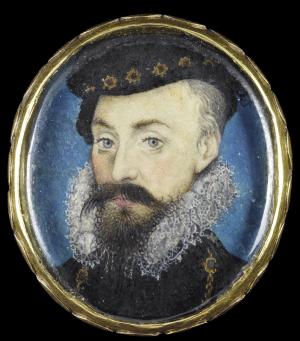 at Kenilworth Castle – was Hilliard’s first patron of note. And it was Leicester who, in 1571, introduced Hilliard and his miniatures to the Queen, thereby launching the twenty-four year old Hilliard’s career. When, in July 1575, Leicester laid on nearly three weeks of lavish festivities at Kenilworth in the hope of persuading Elizabeth to marry him, Hilliard was probably at the castle, too.

“An exquisite pair of miniatures of Leicester and Elizabeth – dateable to c.1575 and clearly conceived as a love token – may well have been painted at Kenilworth in the course of the 1575 revels and presented by Leicester to the Queen during a private moment.

“Other Warwickshire connections range from the Boughtons of Little Lawford , Jane Boughton having had her miniature, now in the Art Gallery of Ontario, painted by Hilliard in 1574 at the age of twenty-one, to Shakespeare, whose Sonnets may contain a reference to Hilliard’s 1594 miniature of Henry Wriothesley, 3rd Earl of Southampton, now in 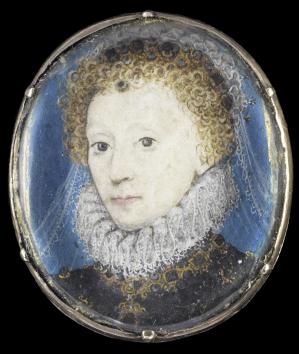 Discussing the life and work of her subject, who died 400 years ago this year, Dr Goldring said:

“A perfectionist convinced of his own God-given genius, Hilliard was determined to reinvent himself as the social equal of his well-born patrons – though a weakness for the high life and a softness for ill-fated ‘get rich quick’ schemes meant that he never succeeded in amassing much in the way of capital.

“Chaos was forever swirling around Hilliard – sometimes in the form of the religious and political upheavals of the age, sometimes in the form of angry creditors banging on his door. Yet Hilliard created images of singular beauty which have reverberated across the centuries, decisively shaping perceptions of the appearances – and, by extension, the personalities – of some of the key participants in one of the most exciting, if volatile, periods in English history.”

Warwick’s Centre for the Study of the Renaissance (CSR) was established at the time of the university’s foundation. The CSR currently has over thirty members drawn from the academic staff of the departments of Classics; English & Comparative Literature; History; History of Art; and the Schools of Modern Languages & Cultures (especially French and Italian); Theatre, Performance & Cultural Policy Studies; and Cross-Faculty Studies and aims to promote learning and research in the history and culture of the Renaissance.