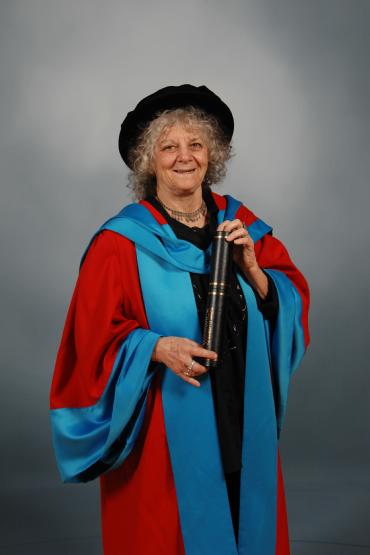 Winner of the 2009 Nobel Prize for Chemistry, Professor Ada Yonath was awarded an Honorary Doctorate by the University of Warwick in recognition of her distinguished career.

Speaking ahead of the ceremony, held at the University of Warwick’s campus, Professor Yonath discusses how, rather than dreaming of a life in Chemistry, she had as a child wished to write novels and care for calves. Her passion for Chemistry grew rapidly whilst studying at University and led to her working on the visualisation of ribosome, the protein made by RNA that powers the growth of everything living thing, which was recognised by the Nobel committee.

Professor Yonath currently serves as the Director of the Kimmelman Center for Biomolecular Structure at the Weizmann Institute, following 18 years heading the Max-Planck Institute Research Unit (1986-2004).

In addition to winning the Noble Prize and an honorary Doctorate from the University of Warwick Professor Yonath was awarded the Einstein World Award for Science in 2008 and was appointed to the Pontifical Academy of Science in 2014.

Listen to the full interview here: