A new study by the University of Warwick indicates that only two in three doctors who are completing their training to become GPs plan to work in NHS general practice. Of those intending to remain in the NHS most propose working as locums or salaried GPs rather than entering a GP partnership.

The study Factors influencing career intentions on completion of general practice vocational training in England: a cross-sectional study was conducted by a team led by Professor Jeremy Dale at the University’s Warwick Medical School and is published in BMJ Open.

An online survey was completed by 178 GP trainees employed in the West Midlands who were within three months of achieving their certificate of completion of training (CCT). The quality of general practice experience during all training (including student years) was reported as influencing personal career plans, and in particular perceptions about workload pressure and morale within training practices. 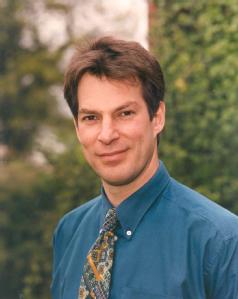 Professor Dale said: “The study highlighted a number of potentially modifiable factors related to GP training programs that are detrimentally influencing the career plans of newly trained GPs. Many of these relate to how general practice had been experienced across undergraduate, foundation and vocational training, and in particular perceptions about workload pressure and morale within practice placements.

“The negative portrayal of general practice by politicians and the media was experienced as having had a detrimental effect on personal career intentions. Also sociodemographic factors, such as age, gender, and having children, influenced career plans indicating a need for these to be considered within workforce planning.

“A sizeable proportion of individuals did not describe their future career plans, perhaps expressing ambiguity about career direction.”

Just over half of respondents, 62.8%, stated that they expected to be working in six months as a salaried, locum or other non-principal NHS GP, dropping to a third (33.9%) at 5 years. Conversely, the proportion expecting to become a GP principal increased from less than 5% at six months to a third (33.9%) at 5 years. As well as experience during training the study found three other factors that were influencing respondents’ career plans for the following five years. These were the: GP workload and work/life balance; practice morale; and media and political commentary.

The survey results are published in the face of increasing practice workloads, declining GP recruitment, retention and morale. There are major concerns about the capacity of general practice in the UK to safely and effectively meet patients’ needs. National policy has set a target for half of UK medical school graduates to enter general practice training but recruitment continues to fall short with 10% of GP training places in England unfilled in 2016. The attractiveness to recently qualified doctors of general practice as a career is at an all-time low, with workload, uncertainty about the future of General Practice and lack of respect for GPs often identified as important factors.

In terms of five-year intentions, those who felt their GP training had prepared them well were more likely to aspire to becoming a GP partner (59.8% compared to 7.7% of those who didn’t indicate either way) whereas those who responded neutrally about how well-prepared they felt were more likely to anticipate being a salaried GP in five years (84.6% compared to 38.1% who were well-prepared) Those who had experienced work/life balance problems were more likely to agree that their experience of practice workload was influencing career plans. Over half (54.5%) of participants reported having experienced work/life balance problems during their final year of GP training (ST3) and the majority of respondents agreed or strongly agreed that the workload in their final year in practice has influenced their career intentions.

Experience of heavy practice workload discouraged respondents from considering applying for partnerships. Instead it encouraged respondents to seek the flexibility of locums or salaried positions, part-time work and employment opportunities that were outside standard clinical sessions, such as teaching, developing special interests and gaining diplomas, CCG work and out of hours services.

More than half (56.4%) felt that the current political and media comment about general practice was having a negative influence on their career intentions. Those who were negatively affected by the media’s portrayal of general practice were more likely to report their morale as low and this was exacerbating their disillusionment with general practice as a career.

Professor Dale added: “General practice is experiencing a growing crisis with the numbers of doctors who are training and then entering the profession in the UK failing to keep pace with workforce needs. With ever-increasing workload in general practice, there is an urgent need to understand and where possible address these issues at national and local level.”