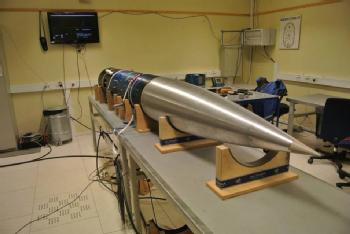 Technicians from the University of Warwick have been recognised for their outstanding work with Papin Prizes at the 2015 Higher Education Technicians Summit for M5 Universities.

Robb Johnston, of the Department of Physics, received the Contribution to Infrastructure award and the technical support team from the School of Engineering behind the Warwick University Satellite (WUSAT) were joint winners for the Contribution to Teaching award.

The inaugural Papin Prizes awards were made by Professor Lord Bhattacharyya, Chairman of WMG at the University of Warwick, to individual technicians across the Midlands region who have demonstrated excellence in their field.

“Working on the prestigious WUSAT project was fun and intense but also extremely satisfying, especially given the successful launch of the satellite in March. To be part of the technical team nominated for the Papin ‘Contribution to Teaching’ award was unexpected and an honour.

“Ultimately, winning the award made me feel very proud, not just for myself or the team but for all the technical staff in the school of engineering, who demonstrate amazing knowledge and skills on a daily basis. This award is a significant achievement for the school’s technicians and the national recognition is richly deserved.”

Commenting on the contributions of the technicians to the success of the WUSAT Project Bill Crofts, Director of WUSAT, said:

“Throughout the project, Huw, Graham, Ben and Ian have shown exceptional dedication, endeavour, and patience, not to mention an enormous amount of skill and hard-work, to help the team members realise their designs, overcome their difficulties, and eventually produce a unique piece of quality engineering.

“The very tight deadlines, and occasionally significant design changes required to meet the specification for space flight readiness would have been extremely difficult for the team to meet without their generous nature and the WUSAT team members are unstinting in their praise.”