· Documents rediscovered by Paddy Ashdown and form part of new book, Nein! Standing up to Hitler 1935-1944

Once secret documents held at the University of Warwick’s Modern Records Centre have shed new light on German plans to bring down Hitler, thanks to the correspondence between a leading Warwickshire industrialist and a top-ranking German official.

The correspondence between Arthur Primrose Young, manager of British Thomson-Houston in Rugby and Coventry, and Carl Goerdeler, Mayor of Leipzig between 1930-1937 and an active participant in plots to remove or assassinate Hitler, also tells of how they worked together to warn the British government of Nazi plans to attack Europe through Czechoslovakia.

The story appears in Nein! Standing up to Hitler 1935-1944, the latest non-fiction work by historian and former Liberal Democrat leader Paddy Ashdown thanks to documents kept at Warwick’s Modern Records Centre as part of A.P. Young's archive, an intriguing combination of local history and intimate knowledge of national and international affairs.

The collaboration between the two friends lead in part to Goerdeler meeting with Winston Churchill and the then Prime Minister Neville Chamberlain to discuss a planned putsch to overthrow Hitler before the invasion of Czechoslovakia. The plan was thwarted by Chamberlain’s 1938 Munich visit to meet with the leader of the Third Reich. 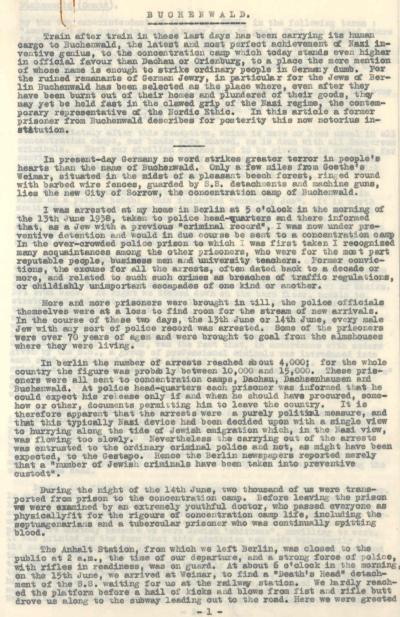 Speaking during his research trip to the Modern Records Centre Paddy Ashdown said:

“I’m looking at the fascinating story which came to light in part after the war – the German resistance to Hitler.

“The beginning of the story concerns a man called Arthur Primrose Young, who ran an electrical industrial firm in Rugby, and who became very good friends with Carl Goerdeler the Mayor of Leipzig. Between the pair of them they arranged to warn the British Government that Hitler was about to attack through Czechoslovakia.

“They actually came over to Britain. Saw Churchill, saw Chamberlain and were prepared to mount a putsch that would take Hitler out on the afternoon of the 28th September when he was going to announce the invasion of Czechoslovakia and then up-popped Chamberlain with Munich instead, in which we gave away Czechoslovakia in a shocking piece of Appeasement."

“The archives of A.P Young are an interesting mix of local industrial history and larger national and international events.

“The Goerdeler papers are a small part of the collection but provide a fascinating glimpse into Young’s personal involvement in, and knowledge of events leading up to the outbreak of World War II It is most satisfying for the Moden Records Centre when collections like this can be used to highlight important and perhaps unknown stories.” 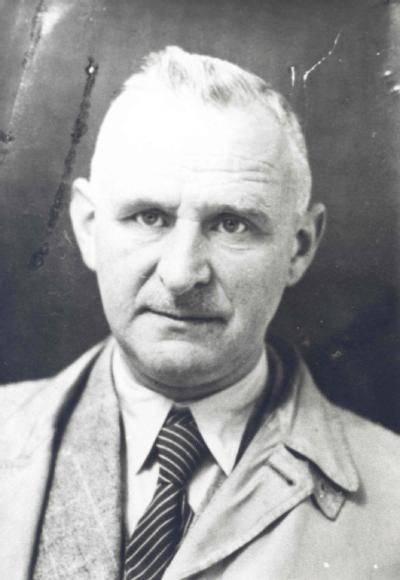 Asked about whether as a historian he considers it is important to come and see documents Ashdown cites what you can gain when viewing the actual papers themselves and not on a screen:

“The way I write history is never parting from the facts but always trying to invest it with a sense of human understanding and time and place. That means going to the places it took place, describing it to your reader and understanding the personalities involved."

Following years of active resistance to Hitler and the Third Reich, Goerdeler was executed in Berlin’s Plötzensee Prison on the 2nd February 1945. Hitler would commit suicide close by less than two months later.

“The early conversations with Carl Goerdeler, a main character of my book, goes right the way through from 1933 to his terrible, appalling death in the hands of the Gestapo after the 20th July plot in 1944 – and those documents are here and they are absolutely fascinating.

“They show the extraordinary moral courage of [Goerdeler] together with others, who for ten years and more opposed Hitler from the inside, stood up for the kind of Germany we see today. In his death cell he wrote what is, basically, the constitution of modern Germany. He was predicting and designing a united Europe."

Discussing the documents and the lack of awareness of Goerdeler’s story, Ashdown cites both British and German motives in keeping his actions under wraps:

“The reason why this story, in all its facets, has not come to light is because it was inconvenient for Britain and the Allies to believe there were any good Germans after the war. It was inconvenient for the Germans to believe there had been, what you would call technically, traitors at the top of Hitler’s government whose actions in informing the Allies about the various attacks on Russia and through France cost the lives of thousands of German soldiers.

Nein! Standing up to Hitler 1935-1944 is published by William Collins.

Image of A.P.Young's papers and photo of Carl Goerdeler courtesy of the Modern Records Centre/University of Warwick. Images free to use with credit and in conjunction with this story.