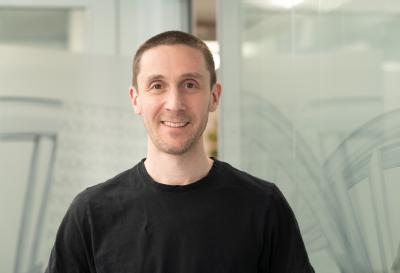 A University of Warwick Professor has been recognised as an emerging leader in cell biology thanks to his pioneering research into the biological processes of cells and their role in cancer.

Professor Stephen Royle of Warwick Medical School at the University of Warwick has been announced as the recipient of the 2021 Hooke Medal for Cell Biology by the British Society for Cell Biology. The medal is presented annually at the BSCB meeting after which the winner delivers their research talk.

The Hooke Medal is awarded every year by the BSCB and recognises an emerging leader in cell biology. The award is named after Robert Hooke, the eminent 17th century natural philosopher and author of Micrographia (the world’s first comprehensive illustrated book on microscopy) and is given to an individual who has made an outstanding contribution to UK Cell Biology.

Professor Stephen Royle is a cell biologist at the Centre for Mechanochemical Cell Biology at Warwick Medical School. His research group works on membrane trafficking and on mitosis in human cells with recent discoveries from the Royle Lab including engineering a way to make cells take up nutrients on-demand, making a new system for correlating microscopic images, and identifying a new class of transport vesicle in cells.

His past research has encompassed neuroscience, how nerve cells continue signalling to one another and the discovery of new structures in dividing cells.

He is a Director for the Company of Biologists, a charitable organisation that publishes scientific journals and supports the biologists around the world, and he is also an Affiliate for bioRxiv, the preprint server for biology.

Professor Royle said: “I am absolutely delighted to be awarded the 2021 Hooke Medal by the BSCB. Science is a team effort, and this award is a recognition of the hard work of the many talented people that I have worked with over the years. It’s a great feeling to have our work highlighted by the UK Cell Biology community.”

Download a photograph of Professor Stephen Royle of Warwick Medical School at: https://warwick.ac.uk/services/communications/medialibrary/images/december_2020/stephen_royle.jpeg