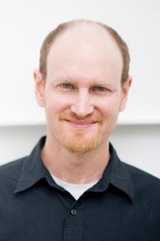 People are more likely to gamble after having their memories primed, an international team of researchers has found.

When reminded, or primed, of past winning outcomes as part of a controlled test, people were over 15% more likely to gamble and select the risky option. Surprisingly, being reminded of past losing outcomes did not change their gambling behaviour.

Led by the University of Warwick, the researchers demonstrated that the risky decisions people make are influenced by triggering them to remember the times they had previously won.

The research, Priming Memories of Past Wins Induces Risk Seeking, is published by the Journal of Experimental Psychology: General.

“Subtle cues about winning outcomes are continuously apparent in casinos, from the whirring of slot machines to the millions of dollars of cash placed on the table for the final showdown in some poker tournaments. Our results confirm how these cues are apt to make people gamble more, by serving as reminders for those times that people have won money in the past.”

The researchers tested their hypothesis by manipulating, or priming, the memory of participants for past outcomes in a simple risky-choice task.

The participants were repeatedly presented with the choice of selecting one of two doors as part of a computer test. The doors were selected from four coloured doors in the experiment. Three of the doors always led to guaranteed outcomes (0, 40, or 80 points), and the fourth, risky door led to a 50/50 chance of 20 or 60 points.

In the task, people repeatedly chose between a safe option and a risky option that paid off with a larger or smaller reward with a 50/50 chance. Once in a while, that choice was “primed” or preceded by one of the fruit images, which served to remind them of a past winning or losing outcome.

- The research was conducted in collaboration with Prof. Marcia Spetch of the University of Alberta, Canada, and Dr. Chris Madan of Boston College, USA.