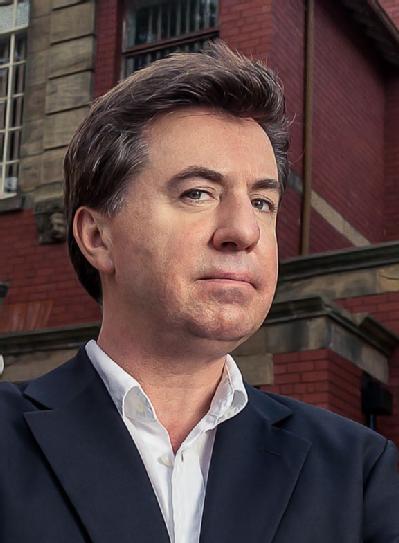 The poet, Professor David Morley of the University of Warwick Writing Programme, has been elected a Fellow of The Royal Society of Literature.

The Fellowship is one of the highest honours for a writer. It encompasses the most distinguished authors working in the English language, including J.K. Rowling, Hilary Mantel, Philip Pullman, Richard Dawkins, Salman Rushdie, Zadie Smith, Richard Ford, Ian McEwan and Tom Stoppard.

Founded in 1820, The Royal Society of Literature is Britain’s national charity for the advancement of literature. It acts as a voice for the value of literature, encouraging and honouring great writers, and engaging people in appreciating literature.

Election as Fellow of the RSL is a uniquely prestigious honour, awarded by writers to writers.

New Fellows are offered the choice of signing the Society’s Roll Book with the pen of T.S. Eliot, Lord Byron or – new this year - George Eliot. In keeping with the honour being for his poetry, Morley signed with Byron’s.

A National Teaching Fellow, Professor Morley teaches on Warwick’s Writing Programme, and is a recent winner of The Ted Hughes Award for New Work in Poetry for his collection The Invisible Gift, and The Cholmondeley Award for achievement in poetry from The Society of Authors.

‘My election to The Royal Society came out of the blue. It’s a huge honour for my poetry to be recognised by other writers in this way. I’m aware I’ve got a lot of work to do, and Fellowship of the RSL is a great boost. The RSL has an excellent schools outreach programme which I’m looking forward to being involved with. I hope to encourage more students from diverse and less privileged backgrounds to study creative writing at university and become authors themselves’.

Photo of Professor Morley is the copyright of Graeme Oxby.