• An existing drug can be used to improve the womb for pregnancy, study led by University of Warwick finds 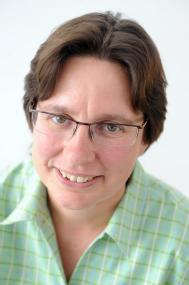 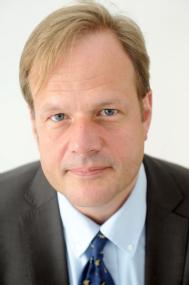 A drug designed to tackle diabetes could also be

repurposed as the first treatment to prevent miscarriage by targeting the lining of the womb itself, according to a clinical trial led by the University of Warwick.

The treatment works by increasing the amount of stem cells in the lining of the womb, improving conditions in the womb to support pregnancy.

Recurrent miscarriage is defined as the loss of two or more consecutive pregnancies, with additional miscarriages decreasing the likelihood of a successful pregnancy. Previous research by the Warwick team revealed that a lack of stem cells in the womb lining is causing thousands of women to suffer from recurrent miscarriages. The team also demonstrated that stem cells protect specialised cells, called decidual cells, from excessive stress and inflammation. Decidual cells surround the implanting embryo and excessive stress can cause breakdown of the womb lining in pregnancy.

A new class of diabetes drugs called gliptins targets an enzyme involved in the recruitment of circulating stem cells to the womb. The researchers investigated whether inhibiting this enzyme, called DPP4, using a particular drug, sitagliptin, would improve conditions in the womb for pregnancy.

In a pilot clinical trial, thirty-eight women aged 18 to 42 who had experienced a large number of recurrent miscarriages (average five) were given either an oral course of sitagliptin or a placebo for three menstrual cycles. Biopsies of the womb were taken at the start of the course of treatment and afterwards to determine the number of stem cells present before and after the course.

They found an average increase in stem cell count of 68% in those women who took the full course of sitagliptin. This compares to no significant increase in those in the control group receiving an identical placebo pill. They also saw a 50% decrease in the number of ‘stressed’ cells present in the lining of the womb. There were minimal side effects for the participants.

The researchers now hope to take the treatment to clinical trial and, if successful, it would be the first targeted specifically at the lining of the womb to prevent miscarriage.

Professor Jan Brosens, of the University's Division of Biomedical Sciences and Consultant in Reproductive Health at University Hospitals Coventry and Warwickshire NHS Trust, said: “There are currently very few effective treatments for miscarriage and this is the first that aims at normalising the womb before pregnancy. Although miscarriages can be caused by genetic errors in the embryo, an abnormal womb lining causes the loss of chromosomal normal pregnancies. We hope that this new treatment will prevent such losses and reduce both the physical and psychological burden of recurrent miscarriage.”

Professor Siobhan Quenby, of the Division of Biomedical Sciences and an Honorary Consultant at University Hospital Coventry and Warwickshire NHS Trust, said: “We have improved the environment that an embryo develops in and in doing so we hope to improve the chances of a successful pregnancy. Although this research was specifically designed to test whether we could increase the presence of stem cells in the womb, follow-up of participants found that there were no further losses of normal pregnancies in those who took sitagliptin. These are very early results and the treatment now needs to be further tested in a large-scale clinical trial.”

Jane Brewin, Chief Executive at Tommy’s said: “For far too long it has often been said by many health professionals that miscarriage is not preventable, and parents have been left with little hope given the paucity of treatment options available. This situation prompted Tommy’s to invest in the Tommy’s National Centre for Miscarriage Research and this breakthrough research by the world leading team at Warwick shows great promise for an effective treatment which will reduce miscarriage and possibly later pregnancy loss too. A large-scale trial is needed to verify the findings and we hope that this will get underway quickly.”

1 in 4 women will lose a baby during pregnancy or birth. Tommy’s believes that every baby lost is one too many.

Tommy’s is a national charity that works tirelessly to reduce the UK’s unacceptable rates of miscarriage, stillbirth and premature birth. Tommy’s funds pioneering medical research to discover the causes of baby loss and helps women at every stage of their pregnancy journeys, supporting them and their partners with expert information and care. Tommy’s wants to pregnancy safer for all and ensure that excellent maternity care is available for every woman, every baby, everywhere. www.tommys.org

The National Institute for Health Research (NIHR) is the nation's largest funder of health and care research. The NIHR:

· Engages and involves patients, carers and the public in order to improve the reach, quality and impact of research

· Attracts, trains and supports the best researchers to tackle the complex health and care challenges of the future

· Partners with other public funders, charities and industry to maximise the value of research to patients and the economy

The NIHR was established in 2006 to improve the health and wealth of the nation through research, and is funded by the Department of Health and Social Care. In addition to its national role, the NIHR supports applied health research for the direct and primary benefit of people in low- and middle-income countries, using UK aid from the UK government.

For anyone affected by miscarriage, support is available from Tommy’s: https://www.tommys.org/

To take part in our clinical trials, please get your GP to refer you, via the NHS choose and book system, to Professor Siobhan Quenby at the recurrent miscarriage clinic at: