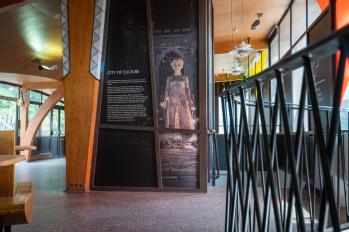 Women trailblazers of the 2Tone and ska post-punk music scene of the late 1970s are being celebrated in an evening of film screenings and lively discussion at Coventry Cathedral later this month. The free event is running as part of Resonate Festival, a year-long themed programme of public conversations, talks, exhibitions, film festivals, walking tours, debates and a family festival day organised by The University of Warwick, a principal partner in Coventry UK City of Culture 2021.

Tickets for the free event are now available to book for 2Tone: Lives and Legacies Screenings – Women Pioneers on Saturday July 24, featuring special guests including Pauline Black, of The Selecter, Rhoda Dakar, of The Bodysnatchers/The Specials/Special AKA, and Helen McCookerybook of The Chefs/Helen and the Horns. 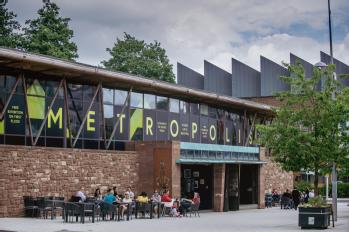 Between 7-10pm there will be a Q&A chaired by Jennifer Otter-Bickerdike with Pauline Black, Rhoda Dakar and Helen McCookerybook. Two film screenings include a showing of Stories from the She Punks (2018), a 45-minute documentary featuring the stories of women musicians from the punk-inspired bands of the 1970s.

This will be followed by Sisters with Transistors (Lisa Rovner, 2020), the remarkable untold 90-minute story of electronic music’s female pioneers, including Coventry-born composer and mathematician Delia Derbyshire, best known for co-creating the Doctor Who theme.

"We’re delighted to be working with the Herbert and the Cathedral again on this fascinating event that celebrates women’s roles in the development of ska, punk and electronic music.

Helen Wheatley was also a consultant for The Herbert’s current 2Tone: Lives and Legacies exhibition, on until September 12 2021.

2Tone: Lives and Legacies Screenings – Women Pioneers is the first in a series of collaborations between the University of Warwick’s Department of Film and Television Studies, the University’s Centre for Television Histories, and The Herbert Art Gallery and Museum in Coventry. They previously collaborated on the gallery’s most successful exhibition of all time, The Story of Children’s Television from 1946 to now.

Other key partners include Coventry Cathedral and Film Hub Midlands. Members of the Centre for Television Histories contributed to the BBC4 documentary Coventry Cathedral: Building for a New Britain and held a range of cultural events at the cathedral over the last three years.

7-7.40pm: Q&A chaired by Jennifer Otter-Bickerdike with Pauline Black (The Selecter), Rhoda Dakar (The Bodysnatchers/Specials/Special AKA), and Helen McCookerybook (The Chefs/Helen and the Horns).

7.40-8.25pm: Stories from the She Punks (2018, 45 mins), a documentary featuring the stories of women musicians from the punk-inspired bands of the 70s, made by Gina Birch (the Raincoats) and Helen Reddington (Helen McCookerybook of the Chefs). It reflects all the anarchy, the excitement of the new sounds upsetting British music, and their DIY approach to learning and playing their instruments. The women in this film describe an alternative to the alternative world of punk all too often remembered from a male perspective.

Journalists are very welcome to register to join this free event.

For any further information, and if you would like to attend please contact Catherine Vonledebur, Advent Communications: 07971 407331, CVonledebur@advent-communications.co.uk