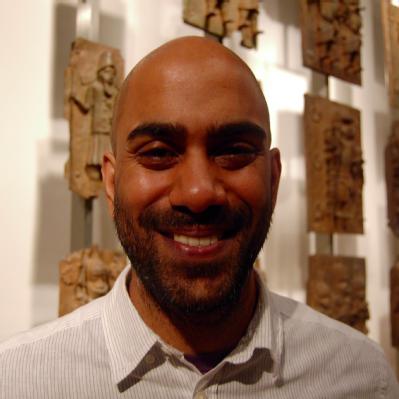 New research by University of Warwick researchers presented at this year’s ECO and published simultaneously in The Lancet Diabetes & Endocrinology shows that body mass index (BMI) cut-offs currently used by the World Health Organization (WHO) and the UK’s National Institute for Health and Care Excellence (NICE) are not appropriate for adults from minority ethnic communities in England and could potentially be putting their health at risk.

“This study shows that the one size fits all approach really does not work for BMI and type 2 diabetes risk when we look at the UK’s diverse population,” says lead author Dr Rishi Caleyachetty (pictured), junior doctor and Honorary Research Fellow at the University of Warwick, UK. “As a doctor, I’m extremely concerned that if the current BMI values used for minority ethnic groups are not appropriately amended, many people from minority ethnic communities will needlessly slip through the net, leaving them unknowingly at risk of type 2 diabetes”.

Researchers from four leading institutions (University of Warwick, Oxford University, The London School of Hygiene & Tropical Medicine and the UCL Institute of Health Informatics) came together in partnership with the Ethnic Health Forum to create this population-based cohort study using linked primary care and secondary care electronic records from England.

The study consisted of individuals aged 18 years and older and registered with a general practice in England between 1990 to 2018. A total of 1,472,819 people, with complete BMI and ethnicity data with at least 1 year follow-up (1,333,816 White, 75,956 South Asian, 49,349 Black, 10,934 Chinese, 2,764 Arab) were included in the analysis. The researchers used statistical models to confirm whether adults from minority ethnic groups had an equivalent risk of type 2 diabetes at a lower BMI than the White European population.

This study’s findings come at a critical time, given the increased focus on health inequalities affecting millions of people from minority ethnic communities as well as the link between obesity and COVID-19 (a condition also adversely affecting UK BAME people).

Co-investigator on the study, Dr Thomas M Barber (Associate Professor and Honorary Consultant Endocrinologist at the University of Warwick and University Hospitals Coventry and Warwickshire [UHCW]), UK, and Clinical Lead of the Obesity service at UHCW, says: ‘’These data are very important and should inform future clinical guidance and policy regarding the management of obesity in people from minority ethnic groups. Our data also promote an individualised approach to the effective screening and management of obesity-related conditions (such as type 2 diabetes) in people from minority ethnic communities.”

Currently WHO and NICE both recommend a BMI cut-off point of 27.5kg/m2 to define obesity in both South Asian and Chinese populations to trigger lifestyle interventions. This new study demonstrated clearly that compared with the risk for development of type 2 diabetes at BMI 30.0kg/m2 in White populations, the equivalent risk amongst individuals of South Asian origin occurred at BMI 23.9kg/m2, a cut-off much lower than the WHO and NICE recommendations.

A co-investigator on the study, Dr Paramjit Gill (Professor of General Practice, GP, and Head of the Division of Health Sciences at Warwick Medical School at the University of Warwick, UK) says that “this work highlights that we need evidence for all ethnic groups as they are at risk of diabetes at different levels of BMI. A blanket approach is not acceptable any longer.”

In the wake of these new findings, the research team envisage that GPs and other healthcare professionals will feel encouraged to use these ethnic-specific BMI cut-offs to trigger action to prevent type 2 diabetes in England.

An important outcome of this study is that people from minority ethnic communities in England will have a better, more personalised understanding of BMI cut-offs. Additionally, the findings will help raise awareness within these groups of the increased risk of type 2 diabetes at much lower BMI values than previously recognised.

On the causes for the different BMI cut-offs for different ethnicities, they say: “Whether lower BMI cut-off points for non-white populations are due to differences in body composition, biochemical characteristics, lifestyle factors (such as physical activity or diet), genetics, or lifestyle-gene interactions remains unclear. Future studies that examine the relative contributions of these mechanisms to the development of type 2 diabetes may help explain our study findings.”

Dr Caleyachetty explains: “This far-reaching, extensive study has shed light on a worrying generalisation of BMI cut-offs for obesity, which comes at the expense of those from a range of minority ethnic backgrounds. A complete revision of ethnic-specific BMI cut-offs to trigger action to prevent type 2 diabetes are needed. This will ensure healthcare professionals provide appropriate recommendations for patients from minority ethnic backgrounds regarding lifestyle changes, referrals to weight management services and investigations for type 2 diabetes.”

He adds: “We hope that this study will swiftly kickstart a review of current BMI policy in the UK for people from minority ethnic communities, in order to prevent both type 2 diabetes, and facilitate early and effective treatment of type 2 diabetes. We all know the NHS was founded on the principles of fairness and that all patients regardless of their background should be cared for equally. But it is clear at the moment these principles may not be a reality for many minority ethnic communities.”

For full article to be published in The Lancet Diabetes & Endocrinology, click here

The study was funded by the UK’s National Institute for Health Research (NIHR).