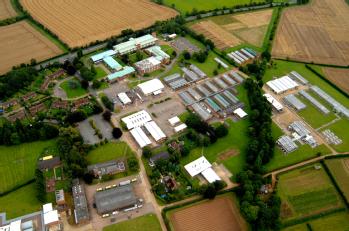 A review, undertaken by scientists at the University of Warwick, of the current evidence on the dietary and health impact of whole grain cereal consumption finds that many of the myths attributed to wheat free diets are just that – myths, and that whole grains such as wheat are beneficial for the majority of people.

The research review entitled a: Review of the dietary, health and environmental status of whole grain cereals examines two fundamental questions: Are grain products good or bad for health, and is there any evidence of health benefits to support the rise in popularity of gluten and wheat-free diets amongst non-gluten intolerant consumers?

The researchers, led by Senior Research Fellow Rob Lillywhite at the University of Warwick’s Warwick Crop Centre in its School of Life Sciences say the answer to the first question is clear - Dr Lillywhite says:

“Apart from the two percent of the population who suffer from coeliac disease or other sensitivities or intolerance to wheat, there is overwhelming evidence of clear health benefits of a whole grain based diets featuring store cupboard staples such as bread and cereal made from lightly processed wheat. The benefits are increased where whole grains have undergone relatively little processing.

“Other than for the 2% of the population with a specific gluten or wheat intolerance, the scientific evidence behind many of the most popular wheat and carbohydrate free diets turns out to be surprisingly thin and selectively used. Some will result in a short-term reduction in body weight but the same result could be achieved in the long-term by eating less of higher quality or relatively unprocessed foods. The low carbohydrate diet has now generated its own industry and new product development in the ‘free-from’ sector means that a typical low cereal and carbohydrate diet may cost most people more yet deliver less.”

“The argument is sometimes advanced that humans were not designed to eat certain food types. This is erroneous as humans were not designed for anything but evolved to their environment and adapted to the available food. The success of Homo sapiens is testament to that adaptive ability. Humans consume food products now such as cereals and dairy products, in vast quantities, that would have been unrecognisable to Stone Age hunter-gatherers and the very fact that so few people are immune or sensitive to them is demonstration of that adaptive ability.”

“Whole grain products are undoubtedly good for health and given their multiple beneficial aspects could easily be described as a super food. It might be possible to argue that they are superior to many other fruit and vegetable super foods since they have multiple modes of action and provide both short- and long-term health benefits.”

The research review also finds that:

The review also looked at research comparing rice, wheat and oats and found that: “The nutritional value of these grains differs very little. Wheat has the highest protein content, oats the highest fat content and rice the highest carbohydrate content; however, the variation across the three grain types is fairly small and the differences are unlikely to be significant in a typical diet.”

Claire Canty, Senior Brand Manager from Weetabix, which funded the research review, said: “Public attitudes to wheat are being influenced from those with a commercial interest in changing its reputation from a low cost staple food to cereal offender. We felt it was important to rebalance the debate, and bring an independent assessment of the science to the table. Warwick’s research highlights the many myths about whole wheat and importantly showcases the benefits to those people enjoying it as part of a balanced diet. Whole wheat has been shown to be important gastrointestinal health, thanks to its high fibre content and range of micronutrients.”

The funding for this review came from the company that produces the Weetabix which is a lightly processed whole grain wheat based food that would provide the benefits detailed above. However that company had no input into the conclusions of the research or in the writing of this press release other than simply providing the quote attributed to Claire Canty, Senior Brand Manager from Weetabix.