One of Hong Kong’s top entrepreneurs, Professor Roy Chung, has received an Honorary Doctorate from the University of Warwick UK – his alma mater, and an institution with which he has forged many significant links throughout his career. 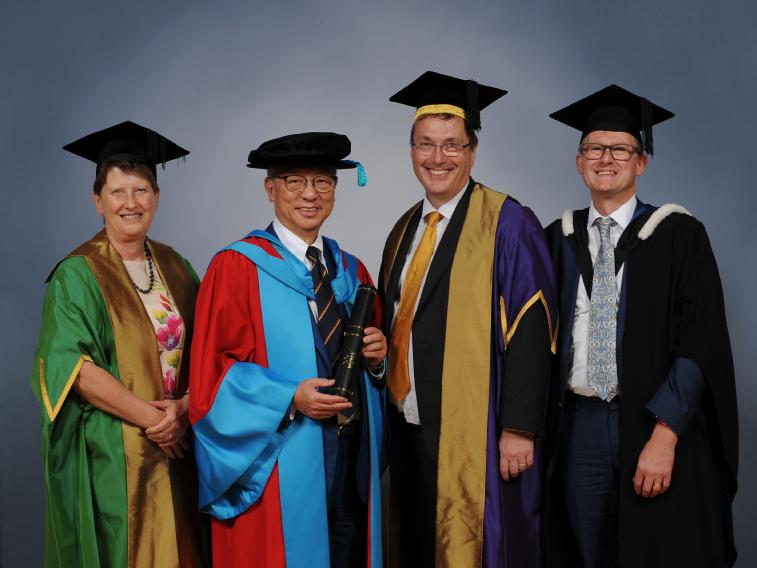 Crowned by the media as the ‘King of Power Drills’, Professor Chung co-founded Techtronic Industries Company Limited in 1985, a company that has become an international market leader in power equipment and owns numerous global brands.

He was awarded the Gold Bauhinia Star and Bronze Bauhinia Star by the Hong Kong SAR Government in 2017 and 2011 respectively. He was also appointed as Justice of Peace in 2005.

Professor Chung holds positions at universities across the world, including his role as Industrial Professor in WMG at the University of Warwick, where he also holds a Doctorate Degree of Engineering.

On becoming an Honorary Doctor of Science at the University of Warwick Summer Graduation ceremonies this week, Professor Chung commented:

“I feel very happy and very honoured to receive such a prestigious award from my alma mater, such an esteemed University.”

He talked about how Warwick encourages “entrepreneurship, innovation, and creative ideas – this is a good combination of what an entrepreneur needs.”

Professor Chung says his success is based on three factors: his sense of entrepreneurship, meeting his business partner, and “in the early 1990s I had the good chance to study the Integrated Graduate Development Scheme of WMG [University of Warwick] in Hong Kong – and that is how I came to know Professor Lord Bhattacharyya. Since then, he was my lifetime mentor.”

“With what I learned from this course, it gave me experience of how to do manufacturing better, and a global perspective.”

He has worked closely with the late Professor Lord Bhattacharyya, founder of WMG at the University of Warwick, on many projects through the years - including the establishment of a partnership between WMG and the Vocational Training Council in Hong Kong.

“What Professor Lord Bhattacharyya taught me was decision-making, entrepreneurship,” he reflected.

“Professor Lord Bhattacharyya was a visionary leader – I learned a lot from him. The Integrated Graduate Development Scheme was brought to Hong Kong by him, and through this programme I learned a lot, it opened my mind set. This course is very important to me.”

Professor Roy Chung is an advocate for vocational education and lifelong learning. On the importance of a quality technical education, like that offered at WMG, University of Warwick, he said:

“The Integrated Graduate Development Scheme programme [launched by WMG in 1990] changed me into another person,” he continued. 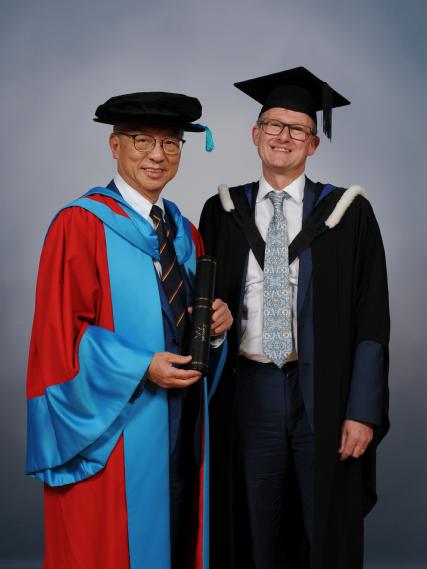 Professor Chung established the Bright Future Charitable Foundation, which provides education, training and travelling opportunities for students across Hong Kong, mainland China and at the University of Warwick. He talked about what motivated him to set up the Foundation:

“I had very humble start. I was not very well educated in the beginning – I didn’t finish high school because of my family’s financial situation. Nowadays, there is a knowledge economy, so it is very important to gain knowledge […] so I really encourage young people to gain more knowledge – both academic knowledge and work skills.

“That’s why I started this foundation […] I think that every young person should have a brighter future.”

Professor Dave Mullins, Interim Head of WMG at the University of Warwick, commented:

“I am thrilled to welcome Professor Roy Chung back to WMG. He is a person who embodies our founder Professor Lord Bhattacharyya’s vision of combining academic greatness with industrial innovation – and we are very proud of him.

“Professor Chung has achieved huge successes in business and industry, and he now uses his talents to help young people follow in his footsteps. His story is an inspiration to all of our students and graduates.

“I congratulate him warmly on becoming an Honorary Doctorate of Science, and look forward to our continued collaboration.”

Professor Chung shared some advice on how to succeed in life:

Listen to the full podcast here.