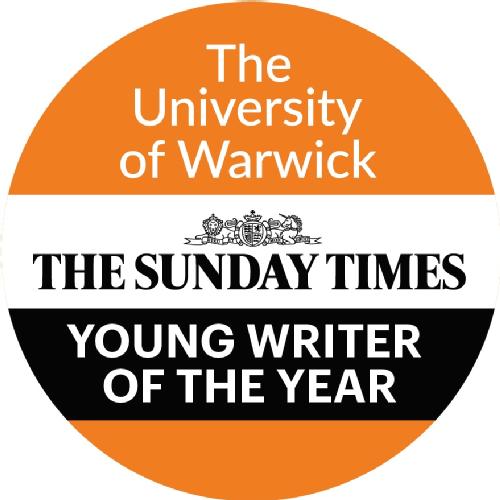 The exceptional debuts of multi-award-winning British-Jamaican poet Raymond Antrobus, The White Review Short Story Prize winner Julia Armfield, British-Brazilian novelist Yara Rodrigues Fowler, and writer and Creative Writing teacher Kim Sherwood have been shortlisted for the 2019 Sunday Times / University of Warwick Young Writer of the Year Award. It is the first year the University of Warwick, home to the acclaimed Warwick Writing Programme, acts as the title sponsor of the prize, following two years as its associate partner.

The judges have chosen the shortlisted titles – two novels, a poetry and a short story collection; written by three women and one man – from a record number of submissions to the prize. The number of books submitted prompted The Sunday Times Literary Editor Andrew Holgate, Chair, to sign up two further judges: the writer, editor and bookseller Nick Rennison and Warwick University’s Gonzalo C. Garcia have joined the award-winning poet and writer Kate Clanchy and the bestselling author Victoria Hislop.

Kate Clanchy said: “Reading through all the books for the judging process affirmed for me that there is still such a thing as a literary generation – a zeitgeist of concerns, ideas and images which belong especially to those born in a particular time. We read many books about identity, the body and inheritance, and we chose four especially searching and beautiful treatments of those themes, all of them books which brought something new to their forms. It’s a thrilling shortlist, and I can’t imagine how we will chose a winner.”

Victoria Hislop said: “There were many really strong contenders for the Young Writer of the Year Award, and the four on our shortlist are the best of the best. I think all the judges are excited about the next and final stage of what has so far been a really rewarding and interesting process.”

With Adam Weymouth (2018), Sally Rooney (2017), Max Porter (2016) and Sarah Howe (2015), the Young Writer of the Year Award has spotted and supported the leading writers of a new generation since returning from a 7-year break in 2015. This year’s winner will be the fifth in an exceptional line-up of defining new voices. Since it began in 1991, the award – for the best work of fiction, non-fiction or poetry by a British or Irish author under 35 – has continuously identified future greats at the beginnings of their career, with an alumni list that includes everyone from Robert Macfarlane to Zadie Smith, from Sarah Waters to Simon Armitage.

The 2019 shortlist shows the enormous breadth of this generation’s writing: In the critically acclaimed debut of the Hackney-born Raymond Antrobus, elegies for the poet ’s father sit alongside meditation on the d/Deaf experience. The Perseverance, published by the small press Penned in the Margins, was the first book of poetry to win the Rathbones Folio Prize, earlier this year. Julia Armfield’s collection of stories, Salt Slow, swings between isolation and obsession, love and revenge as the London-based writer and playwright blurs the mythic and the gothic with the everyday. Yara Rodrigues Fowler mixes the personal and the political in Stubborn Archivist, a formally inventive novel of growing up between cultures, and finding your space within them. Authors including Olivia Laing and Nikesh Shukla have lined up to praise the book. Influenced by her grandmother’s experiences as a holocaust survivor, Kim Sherwood finds new language to express love and loss in her novel, Testament, which see a young woman uncover the truth about her family’s past as Hungarian Jews coming to Britain in 1945.

For the first time this year, the winner of the award will be given a year’s membership of The London Library, further adding to an attractive winner package that already includes a bespoke 10-week residency at the University of Warwick, in addition to the prize money of £5,000. Administered by the Society of Authors, the award works with a growing network of partners, including the British Council, to provide a critical support system to the very best talent at work right now.

An extraordinary debut from a young British-Jamaican poet, The Perseverance is a book of loss, language and praise. One of the most crucial new voices to emerge from Britain, Raymond Antrobus explores the d/Deaf experience, the death of his father and the failure to communicate. Ranging across history, time zones and continents, The Perseverance operates in the in betweens of dual heritages, of form and expression emerging to show us what it means to exist, and to flourish.

Raymond Antrobus was born in Hackney to an English mother and Jamaican father. He is the recipient of fellowships from Cave Canem, Complete Works III and Jerwood Compton Poetry. He is one of the world’s first recipients of an MA in Spoken Word Education from Goldsmiths, University of London. Raymond is a founding member of Chill Pill and Keats House Poets Forum. He has had multiple residencies in deaf and hearing schools around London, as well as Pupil Referral Units. In 2018 he was awarded the Geoffrey Dearmer Award by the Poetry Society (judged by Ocean Vuong). The Perseverance (Penned in the Margins, 2018), was a Poetry Book Society Choice, the winner of the Rathbones Folio Prize and the Ted Hughes Award, and was shortlisted for the Griffin Poetry Prize and Forward Prize for Best First Collection.

In her brilliantly inventive and haunting debut collection of stories, Julia Armfield explores bodies and the bodily, mapping the skin and bones of her characters through their experiences of isolation, obsession, love and revenge. Teenagers develop ungodly appetites, a city becomes insomniac overnight, and bodies are diligently picked apart to make up better ones. The mundane worlds of schools and sleepy sea-side towns are invaded and transformed, creating a landscape which is constantly shifting to hold on to its inhabitants. Blurring the mythic and the gothic with the everyday, salt slow considers characters in motion – turning away, turning back or simply turning into something new entirely.

Julia Armfield lives and works in London. She is a fiction writer and occasional playwright with a Masters in Victorian Art and Literature from Royal Holloway University. Her work has been published in Lighthouse, Analog Magazine, Neon Magazine and The Stockholm Review. She was commended in the Moth Short Story Prize 2017, longlisted for the Deborah Rogers Prize 2018 and is the winner of The White Review Short Story Prize 2018.

A bold debut novel exploring the nuances and the spaces between ourselves and our bodies, told through the shards collected by our own stubborn archivist. When your mother considers another country home, it’s hard to know where you belong. When the people you live among can’t pronounce your name, it’s hard to know exactly who you are. And when your body no longer feels like your own, it ’s hard to understand your place in the world. This is a novel of growing up between cultures, of finding your space within them and of learning to live in a traumatized body. Our stubborn archivist tells her story through history, through family conversations, through the eyes of her mother, her grandmother and her aunt and slowly she begins to emerge into the world, defining her own sense of identity.

Yara Rodrigues Fowler is a British Brazilian novelist from South London. Her first novel, Stubborn Archivist, was published in 2019 in the UK and USA. It was called ’stunning’ by Olivia Laing, ‘visceral and elegant ’ by Claire-Louise Bennett and ‘breathtakingly written’ by Nikesh Shukla. Yara was named one of The Observer’s nine ‘hottest-tipped’ debut novelists of 2019 and longlisted for the Desmond Elliott Prize. Yara is also a trustee of Latin American Women’s Aid, an organisation that runs the only two refuges in Europe for and by Latin American women. She’s writing her second novel now, for which she received the John C Lawrence Award from the Society of Authors towards research in Brazil.

The letter was in the Blue Room - her grandfather’s painting studio, where Eva spent the happier days of her childhood. After his death, she is the one responsible for his legacy - a legacy threatened by the letter she finds. It is from the Jewish Museum in Berlin. They have found the testimony her grandfather gave after surviving the labour camps in Austria. And, since he was one of Britain’s greatest twentieth century artists, they want to exhibit it. But Joseph Silk - leaving behind József Zyyad - remade himself long ago. As Eva begins to uncover the truth, she understands the trauma, and the lies, that have haunted her family. She will unravel what happened to József and his brother, who came to England as refugees. One never spoke of his past - the other couldn’t let it go. Their story - and that of the woman they both loved - is in her hands. Revealing it would change her grandfather’s hardwon identity. But it could also change the tide of history. This testament can lend words to wordless grief, and teach her how to live.

Kim Sherwood was born in Camden in 1989 and lives in Bath. She studied Creative Writing at UEA and is now Senior Lecturer at the University of the West of England. Her pieces have appeared in Mslexia, Lighthouse, and Going Down Swinging. Kim began researching and writing Testament, her first novel, after her grandfather, the actor George Baker, passed away and her grandmother began to talk about her experiences as a Holocaust Survivor for the first time. It won the 2016 Bath Novel Award, was longlisted for the 2019 Desmond Elliot Prize and shortlisted for the 2019 Author’s Club Best First Novel Award.