· A touch-screen based e-voting system will be trialled in Gateshead, Newcastle on 2 May 2019 by volunteers going to vote by paper ballot

· The system is fully verifiable and can flag up if any electronic ballot or tally is tampered with, unlike e-voting systems used in many countries.

A new verifiable e-voting system will be trialled in Gateshead this May. Voters get a receipt which they can check to make sure their vote is properly cast, recorded and tallied while preserving the voter privacy – a process known as being “end-to-end verifiable”. Tallying results are instantaneous once the election is finish along with public audit data to allow anyone to verify the tallying integrity. The trial will be voluntary for people going to cast votes via paper ballot.

Researchers from the Department of Computer Science at the University of Warwick spent 6 years developing a safe and efficient way to e-vote thanks to funding from the ERC and Innovate UK.

The e-voting system to be trialled in Gateshead involves the voter going to a touch-screen computer in a booth, entering a passcode issued to them, selecting the candidate on screen they would like to vote for and getting a receipt at the end of the voting session. 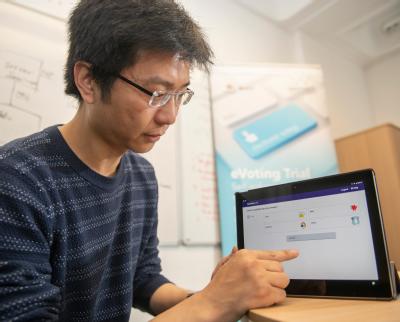 Using another computer on the way out of the polling station or their own smartphone, the voter can look up online and check that the same receipt is published on the official election website. This gives them the guarantee that their vote has been recorded by the system.

Once the election is finished, all receipts will have been published on the election website. Anyone will be able to download the receipts, and verify that the tallies have been computed correctly. This can be done by using freely available open source software. The system will flag up if any electronic ballot or tally is illegitimately modified.

How does the system actually function? “Imagine a picture of London skyline,” explains Professor Feng Hao, the PI of the ERC and Innovate UK grants, “The picture is formed of millions of pixels. Each voter holds the key to one pixel which is their vote. Every pixel is encrypted so it does not reveal any private information about the individual vote.

“However, when all pixels are combined together, a picture is revealed, showing the election tally. If an attacker attempts to tamper with pixel values, or modify the election result, it will be publicly detectable because the mathematical relations between pixels will fail to be verified.”

Pilot e-voting trials were previously conducted in the UK in local elections between 2002 and 2008, but discontinued afterwards. The systems trialled then were not verifiable. The Gateshead trial this May will be the first in the country using a fully electronic voting system with end-to-end verifiability.

Researchers will be outside of the Lamesley Room at Gateshead Civic Centre close to the entrance of the polling station. It’s hoped that people coming to vote, as well as visitors to the Civic Centre restaurant, will volunteer to try the new system and provide useful feedback to Professor Hao and his team.

Professor Feng Hao from the department of Computer Science at the University of Warwick comments: 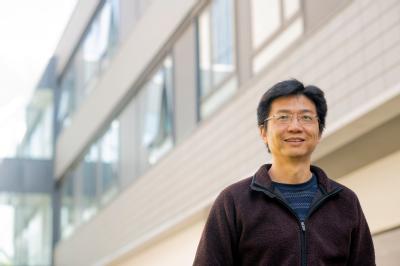 “After 6 years of research it’s thrilling to see verifiable e-voting in polling stations being trialled in Gateshead.

“Our next project will see it being used to strengthen the e-voting system used in India, in collaboration with Professor Bimal Roy and his team from the Indian Statistics Institute. We hope to create a portable solution that can also be used to improve e-voting in Brazil, United States and many other countries where e-voting is heavily used and the lack verifiability has caused major security concerns. Hopefully we will provide useful case studies to the voting law here in the UK, which is basically unchanged from over a hundred years ago and has not accounted the many developments of modern digital technologies.”