University of Warwick academic, TV presenter and author, Michael Scott, has been recognised as one of the best higher education teachers of the year. 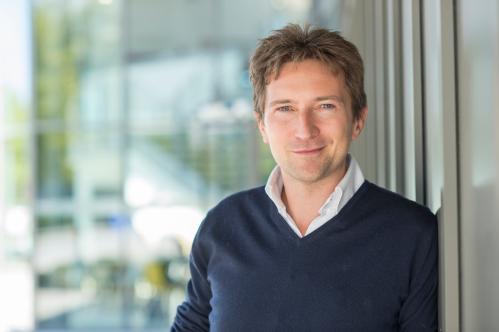 Competition for the awards is fierce and those who receive the accolade have to demonstrate a transformative impact on learning and teaching in higher education. Dr Scott has received the award in recognition of his devotion to bringing the ancient world back to life through the use of creative and inspiring teaching.

On hearing he had been named as a Fellow he said: “It is a huge honour to receive this recognition. I believe that a variety of teaching and learning experiences can provide students with a strong sense of an ancient world brought to life; an understanding of how they learn best; and the confidence to debate complex ideas. In addition, I encourage my students to develop a passion for, and enjoyment in, communicating their knowledge and ideas to wide audiences, thus encouraging the next generation of students to delve into a world of study often not easily accessible at school level.”

In addition to his University teaching Dr Scott regularly talks in schools around the country, writes books for the popular market, articles for national and international newspapers and magazines, takes part in radio programmes and has written and presented several TV series about the ancient world for History Channel, National Geographic, BBC and ITV. He has transformed his department’s effectiveness in engagement with local schools, most notably by organizing an annual theatre day, and through participation in Warwick’s first Public Engagement Discussion Forum and in Warwick’s Distinguished Lecture series. He works with Coventry school Sidney Stringer Academy and national body Classics for All to encourage and develop the teaching of the classics in states schools in the West Midlands.

Commenting on the award Professor Christopher Hughes, Pro-Vice-Chancellor (Education), said: “Michael has been instrumental in inspiring and promoting excellence in the teaching of Classics not only at Warwick but also nationally and internationally. He is a source of inspiration to students and colleagues alike, with his utterly contagious passion for the study of the ancient world and a gift for unveiling the past in meaningful, innovative and engaging ways.”