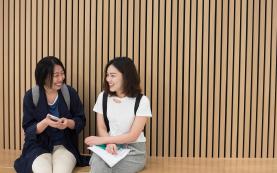 Professor Mark Achtman from the University of Warwick has been elected a Fellow of the Royal Society.

Professor Achtman from Warwick Medical School was named one of 47 new fellows and 10 new foreign members by The Royal Society, a prestigious fellowship of the most eminent scientists in the UK and Commonwealth countries.

Since 2013 Professor Achtman has held the position of Chair in Bacterial Population Genetics within the newly-formed Division of Microbiology and Infection in Warwick Medical School.

Professor Achtman said: “I feel deeply honoured by this election and am very proud to have become a Fellow of the Royal Society.”

Professor Achtman has made important contributions to many fields within bacteriology. In the 1960s and 1970s, Achtman investigated the molecular mechanisms of bacterial sex, characterising the Escherichia coli F sex factor. In the 1980s, his attention turned first to neonatal meningitis caused by E. coli and then on to the molecular epidemiology of epidemic meningococcal meningitis, including field work in Africa.

This work not only informed vaccine design, but also paved the way for Achtman’s major contribution to bacteriology: the use of sequence-based approaches to unravelling the population structure, genealogical history and spread of pathogenic bacteria. Achtman was corresponding author on a pioneering paper on multi-locus sequence typing (MLST), which changed the focus of bacterial typing from fingerprinting to sequencing DNA, and which has become a citation classic. This approach was readily adopted across the globe, providing a laser-sharp tool for dissecting the evolution, population structure and spread of almost every bacterial infection.

Professor Achtman has also used his remarkable research talents to attack some of the big questions about human existence—for example, using DNA sequences from a bacterium that lives in our stomach, Helicobacter pylori, to work out that it has accompanied humans since before their spread out of Africa to people the world, or exploring the origins, genealogy and spread of the bacterium that causes the plague, including the Black Death pandemic which killed around a third of the inhabitants of Europe in the 14th Century.

Professor Mark Pallen, who recruited Achtman to Warwick, says “I am thrilled that Mark has been elected as a Fellow of the Royal Society. He clearly deserves this recognition for his pioneering and wide-ranging contributions to our discipline.”