Rethinking religion and literature in a series of chapters by leading international scholars, Reading the Abrahamic Faiths opens up a dialogue between Jewish, Christian, Islamic and Post-Secular literary cultures.

Literary studies has absorbed religion as another interdisciplinary mode of inquiry without always attending to its multifacted potential to question ideologically neutral readings of culture, belief, emotion, politics and inequality. In response, Reading the Abrahamic Faiths contributes to a reevaluation of the nexus between religion and literature that is socially, affectively and materially determined in its sensitivity to the expression of belief.

Each section – Judaism, Christianity, Islam and Post-Secularism – is introduced by a specialist in these respective areas to preface the critical readings of the texts and discourses that follow. 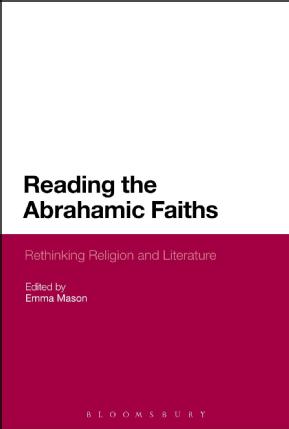 New Directions in Religion and Literature (Bloomsbury), ed. Emma Mason and Mark Knight: a monograph series that showcases new research into world religions and literatures by leading scholars in the field.

‘Exploring forgiveness in nineteenth-century poetry’, special issue for Literature Compass, 11.2 (2014), ed. Emma Mason: a collection of papers from the 'Poetry and Forgiveness' session at The Hospitable Text conference