A team of international development researchers, working with some of the poorest neighbourhoods in Brazil and Colombia to mitigate the effects of natural hazards, have transformed their project to help strengthen those communities’ resilience to the COVID-19 pandemic. 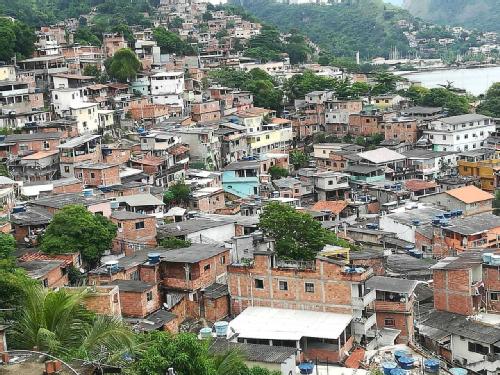 The researchers, led by the University of Warwick (UK), were collaborating with residents of Morro do Preventório in Brazil and El Pacífico in Colombia to gather local real-time data from ordinary citizens on the risks of deadly landslides. Their aim was to mobilise these communities to work together, co-developing tools with which to collate data, and giving the people the means to protect each other against disaster.

When COVID-19 struck — disproportionately affecting less wealthy urban regions like these — the researchers and community leaders quickly agreed to adapt the immediate focus of the project from landslide risks to those caused by the pandemic.

Brazil is one of the countries most impacted by the pandemic, and its grave health and socio-economic impacts were felt more strongly by the residents of impoverished urban neighbourhoods.

The team has adapted its original methods to equip local leaders and citizens with the means to organise help for those who are most in need during lockdown.

The data they are collecting is now about the need for food parcels, for safe waste disposal, for healthcare provision, as well as for the distribution of national social security credit that can keep households afloat and support the fragile local economy.

The researchers utilise high-resolution satellite images of the region, working with community members to produce detailed maps of housing areas that are often invisible on official maps, and to mark the images with real-time data on where neighbours are in the greatest need of particular support. For example, specific points where waste accumulates, or where there are isolated people who need food. 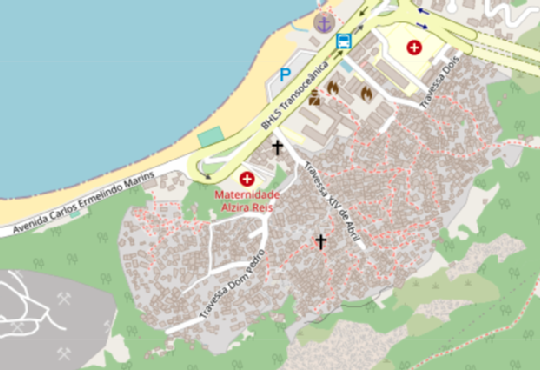 The detailed maps are supporting community-driven actions in response to the pandemic crisis, which so far have resulted into the distribution of over 1,700 food parcels to residents of partner neighbourhoods near Rio de Janeiro/Brazil.

The project is funded by UK Research and Innovation Global Challenges Research Fund under the UKRI Collective fund and is called URBE Latam.

Morro do Preventório and El Pacífico are known as ‘informal’ settlements: its citizens do not have secure employment, and are often forgotten by national policies of social security and infrastructure planning. Residents were previously working in the informal economy, and thus had their livelihoods suddenly disrupted by the COVID-19 crisis and resulting social isolation measures.

One of the principal aims of the research is to engage all members of these invisible and vulnerable neighbourhoods — working with them to devise new ways to unite their existing local knowledge with modern data and digital technology to protect each other and lessen the effects of poverty or disasters.

It is hoped that this will make the partner communities not only more resilient in the context of the COVID-19 pandemic and enhance their ability to proactively address the impacts of socio-spatial inequalities, but also strengthen their voice in local and national policy-making. Indeed, together with the community leaders the researchers plan to liaise with government and national bodies to share the citizen-led data, with the aim of creating a sustainable and constructive link between authorities and residents of these marginalised urban neighbourhoods.

Professor João Porto de Albuquerque, lead researcher and Director of the Institute of Global Sustainable Development at the University of Warwick, commented:

“The GCRF URBE Latam project was always about collaborating with local citizens who have little economic power but a wealth of local knowledge, developing tools so that they can use this knowledge to protect themselves against threats, and making sure that they are seen and heard by national government. 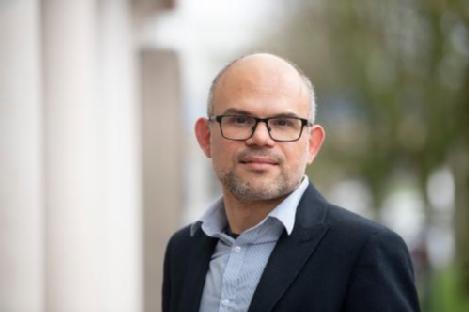 “COVID-19 revealed and worsened the harsh economic inequalities that already existed in these invisible communities that have developed in the fringes of an accelerated urbanisation, and neglected for so long by policy-makers. Therefore, although we have had to quickly adapt our methods and goals in response to a fast-moving pandemic, the heart of the project remains the same.

“Through effective data collection, we can improve —and even save — lives in the short term; and by engaging citizens to work and learn together and continue to collect data, I believe that in the long term these communities will become more economically resilient.”

The project in Morro do Preventório, a favela area near Rio de Janeiro, is based on a close collaboration with the existing ‘community bank’ in the area, a social organisation that delivers aid around the community, provides microcredit, and manages a local social currency (called Prevê) that supports the economy in the region. The latter is vital, because many poorer citizens do not have any access to COVID-19 financial support packages from national government.

The researchers have developed ways to collate and harness the data from local residents, and feed this all to the ‘community bank’, enabling local organisers to work more quickly and effectively in improving the lives of their neighbours.

Marcos Rodrigo Ferreira, who is a volunteer coordinator of the Preventório community bank and a researcher in the GCRC URBE Latam project commented:

“I was born and raised in a favela community and know very well the importance of solidarity and collaboration. Our actions to improve resilience of the community in response to the pandemic greatly benefited from a dialogue with URBE Latam project partners, by exchanging and learning together with our international partner universities and communities in Colombia and in the United Kingdom. This collaboration is enabling us to think of new ways to generate data that can support us to help the poorest and provide evidence for advocating improvements with policymakers.”

Professor Henrique Cukierman of the Federal University of Rio de Janeiro (UFRJ), who is the Brazilian lead of the project commented:

“We established a ‘Solidarity Committee’ including 60 favela community leaders 100 volunteers from local universities, social organisations and NGOs. The committee was pivotal in the efforts for raising donations and creating a food distribution scheme which created a bridge between nearby small farmers and those who had hunger but could not afford to buy food. We are working and researching together so that this mobilisation network can be sustained to improve community resilience in the long term.” 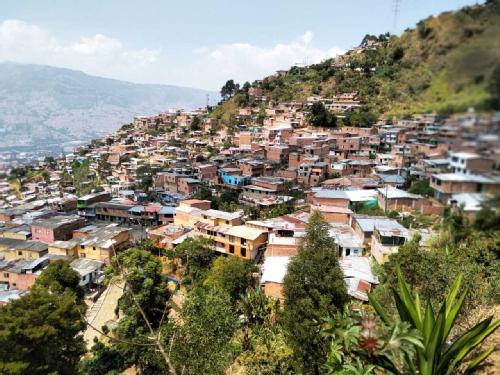 In Colombia, the El Pacífico neighbourhood in Medellín has managed to establish community-driven actions to mitigate risks which arise from living on the peripheral slopes of the city and their geophysical hazards. Among the experiences carried out in order to mitigate these issues, the community has a history of innovative community mobilization through a ‘community school for risk management’, developed with local partners such as the university Colegio Mayor de Antioquia, and other social organizations. However, these practices never accounted for the possibility of a health crisis like the one brought about by the COVID-19 pandemic.

Luis Alejandro Rivera, who is a member of the research team of URBE Latam, and has been working with the community of El Pacífico since 2017 commented:

“El Pacífico continues to strengthen its strategic relations for more adequately carrying out both physical and socioeconomic risk management practices, generating measures to face the current pandemic, and improving the life conditions for its inhabitants. All of these aims are supported by URBE Latam, which is breaking ground in investigating new ways of understanding hazards, vulnerability and capabilities, and the way self-built communities in Latin America approach these matters in partnership with national and international academic and government entities.”