''In any field, find the strangest thing and then explore it.'' - John Wheeler

My motivation for studying neuroscience stems from my fascination with the brain and what it’s capable of achieving. I’m very interested in the phenomena of consciousness, but I’ve been advised that serious scientists don’t use the ‘C’ word – and instead prefer to talk about things like attention and awareness – concepts related to consciousness but which may be easier to quantify.

At the moment I’m still finding my feet in a new subject – but my main areas of interest at present are:

My PhD supervisors are Prof. Jainfeng Feng and Magnus Richardson.

The MOAC doctoral training centre provides an excellent space for people to learn how to be interdisciplinary scientists. Props out to those in MOAC whose stimulating conversation and ploughmans lunches got me through last year.

Here is a summary of my miniprojects:

Circular Dichroism is a technique used (predominantly by biochemists) to analyse the secondary structure molecules such as proteins and DNA.

I used the CD technique to obtain a number of spectra for various wild and artificial strains of DNA. Then using the principles of Quantum Chrono-Dynamics (QCD) was able to build a mathematical model which would predict the these spectra.

The liquid state machine (LSM) is a new paradigm for a computational machine. It is best described with an analogy. Imagine two people standing near a calm pond. One of these people throws stones into the pond – the other, merely by observing the ripples on the pond can deduce the number of stones that have entered the pond and by the size of the circles how recently the stone was thrown.

By virtue of the nature of the liquid (the pond) a memory is stored of the inputs (stones) to the system. Memory of this sort is called fading as the memory of the inputs fades due to gradual dissipation.

During my project I build a model of the LSM based on a biologically realistic spiking neural network. This work formed the basis of my PhD

Oscillations in the Amygdala

By measuring the electrical activity in a slice of brain tissue, the oscillations can be analysed and the effects of applying different drugs can be deduced. The area of the brain I was interested in was the amygdala and the hippocampus. It is thought that many negative emotions (like fear and anxiety) have their roots in the amygdala. In addition to performing the experiments I wrote some swanky software to analyse the way in which the frequencies of oscillation vary with time.

Incidentally the late, great Francis Crick reckoned that consciousness could be attributed to the inherent 40Hz oscillations in brain activity...

Following graduation from Leeds I spent 4 years employed as a scientist and engineer in a number of defence companies in the South West of England. I feel I was very lucky to be able to ply my trade in such fascinating and cutting edge areas of scientific research. Here are some of the things I researched:

I returned to university partly because I wanted more control over my research and partly for moral reasons.

In 2000 I graduated from Leeds University with a first class degree in Theoretical Physics (MPhys).

I was attracted to and inspired by the ‘weirder’ aspects of the physics of the 20th century like quantum theory and cosmology. I also studied some of the philosophy of modern physics and it was here that I was introduced to the innocuous sounding ‘measurement problem’. This is the phenomena whereby the observer of an event appears to influence the outcome. There are various explanations of this, many worlds, parallel universes and the possible role of a conscious mind continue to enthral and inspire me. It should be noted however that there are some equally plausible solutions to the measurement problem that require neither conscious mind nor parallel universes.

I am an enthusiastic and occasionally successful cook I frequently dream of owning a restaurant – until I remember the hours I’d have to work.

I recently got married to the lovely Michelle - here's the proof.

I am a keen photographer, you can see some of my efforts here: http://www.flickr.com/photos/jimmy-magnetic/

And I'm working my portfolio website can be seen here: www.gravyandhats.co.uk

I love my bicycle and I also like board games crosswords, comics, gravy & hats 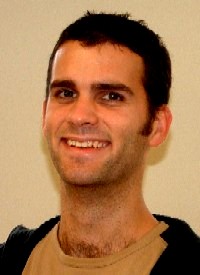