My name is Liam Jones and I've now been at this university for quite a while now. Having started studying mathematics in 2000 in the Mathematics Institute, I enrolled on the MMath qualification in 2003. My fourth year topics of interest included algebraic topology, linear analysis and a research project about character degree numerolgy in group theory. Having graduated with a first class masters, I later enrolled in 2006 at the University of Warwick MOAC department on the MSc program, and have been here ever since. My first year in the department was one of the busiest but also most satisfying years of my life. During the taught part of the M.Sc., I (amongst others) covered topics in chemical biology, physical chemistry and statistics. The second half of the masters year was rather more research based, with three miniprojects, each from different parts of the science spectrum. My first miniproject was mathematical image analysis in nature. My second and third miniprojects were linked to each other, both being focussed on metal binding proteins found in the important cyanobacteria Synechhococcus. Miniproject 2 involved dealing directly with the bacteria itself Having algraduated with a first class masters. I joined the MOAC department in 2006 as an MSC student and completed the one year masters degree with distinction. I am now at the start of my Ph. D. focussed on diabetes research.

Please feel free to browse the webpages here and get a feel for what I am up to - both in terms of current work and past glories! 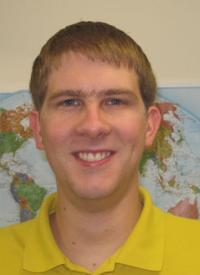