With the US presidential election turning on a handful of swing states, suspicion arises that an incumbent could ‘buy’ the election by shifting the federal government’s state-level spending to critical states. This column reports ongoing research that suggests this is not likely to be the case. Voters do not seem to reward presidents for more federal spending on private contracts in a given state. As such, it does not seem that Obama could buy votes in swing states such as Ohio using his power as the incumbent. 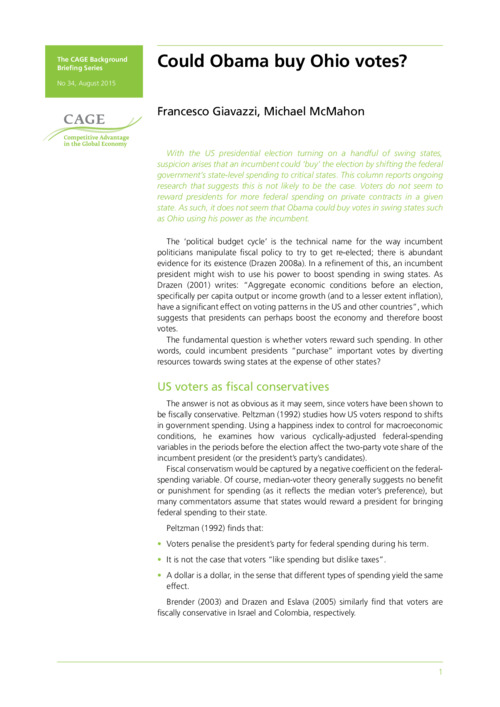