Onwards and upwards: American productivity growth during the Great Depression 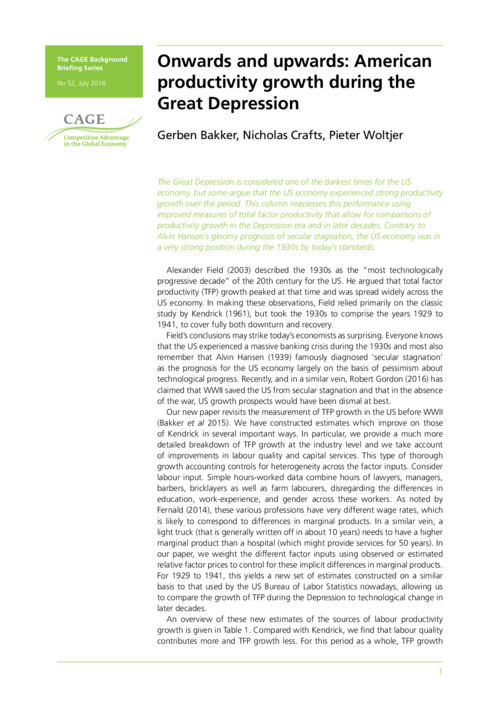