The nature and effectiveness of central-bank communication

In addition to setting interest rates, central banks also communicate with the public about economic conditions and future actions. While it has been established that communication can drive expectations, less is known about how it does so. This column attempts to shed light on this question. Applying novel measures to the content of Federal Reserve statements, it shows that forward guidance is a more important driver of market variables than disclosure of information about economic conditions. 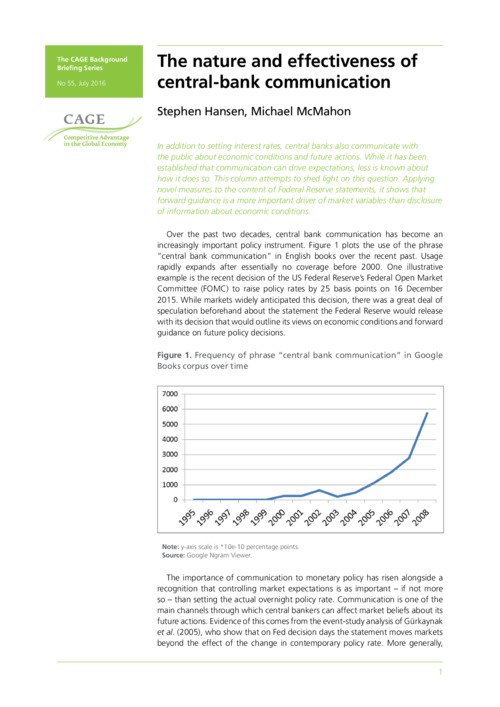