The role of lobbying in political decision making

The CAGE-Warwick in Brussels Series, No. 3, September 2017

Lobbying and interest groups play a high-profile role in many advanced countries’ political decision making. At the same time, public confidence in political institutions is at an all-time low in many countries with recent referenda and election results a reflection of this sentiment.

One issue is that the general public disapproves of the personal financial conduct of politicians. ‘Institutional corruption’ describes the process by which a bad set of incentives, often political money, interacts with political institutions to produce outcomes that strongly favour special interests over public welfare. 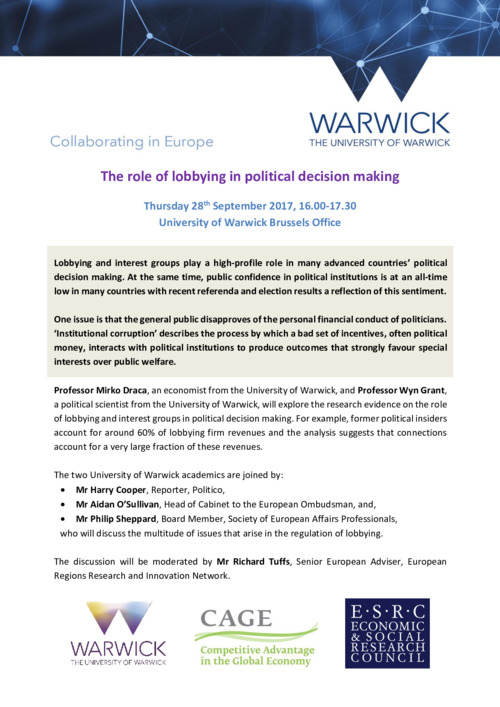