The midlife low in human beings

Most textbooks in social psychology teach students the idea that happiness and psychological wellbeing are essentially independent of age. Based on data on 1.3 million randomly sampled individuals across a large number of countries, this column argues instead that humans have a fundamental tendency to a midlife low which is apparently substantial and not minor. This puzzling phenomenon seems an important and fundamental one, and its existence should not be ignored. 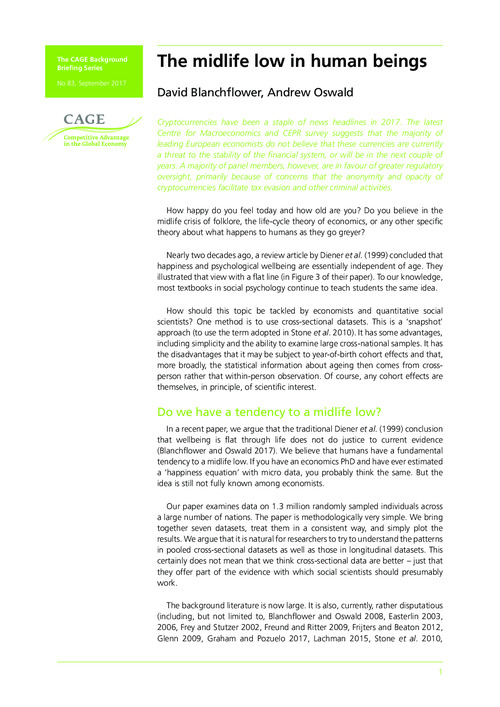