Anarchy in the UK (and Everywhere Else): The Ideological Roots of Populism

In political terms, we are living in the midst of the proverbial 'interesting times'. The election of Donald Trump and the UK's Brexit Referendum in 2016 are being seen as turning points in modern democratic politics. As further evidence, new political forces seem to be at play with fresh citizen movements - ranging from France's 'Yellow Vests' to the UK's 'Extinction Rebellion' - emerging quickly and decisively. Politics appears to be dramatically more polarised, with movements based on populist messages being seen as key agents of this polarisation. 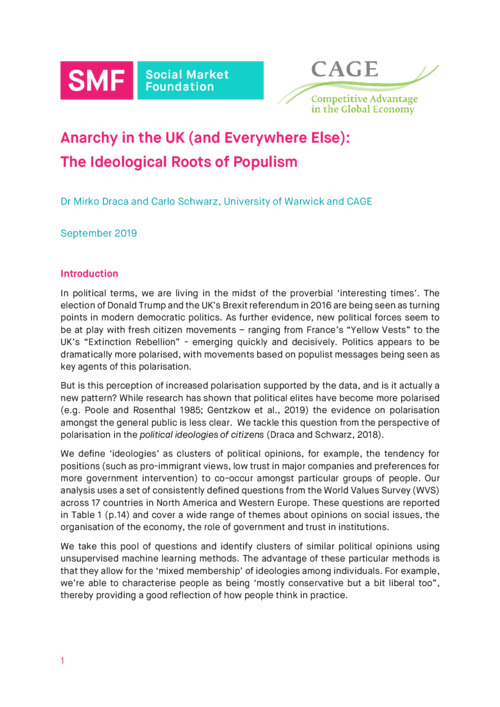