Brexit: Blame it on the banking crisis

Brexit in 2019 and the banking crisis in 2007 to 2009 are usually seen as unrelated events. This column argues that they are in fact closely connected. The austerity policies embarked on in response to the fiscal damage resulting from the banking crisis triggered the protest votes of left-behind voters, which at the margin allowed Leave to win the referendum vote. The implication is that the economic costs of the banking crisis are much larger than is usually supposed. 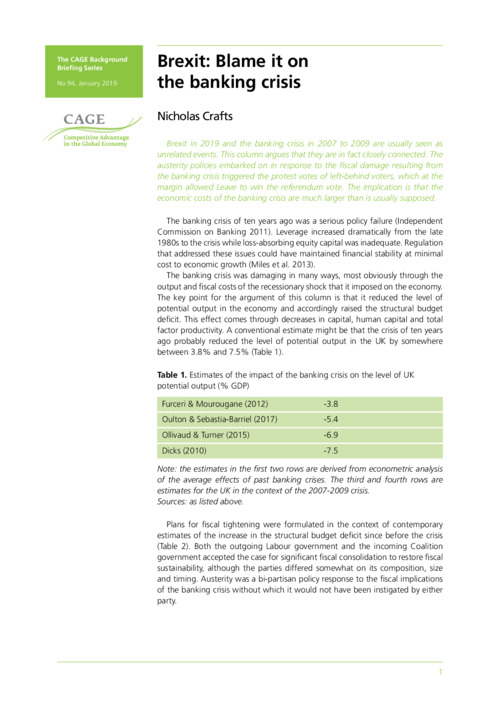