The Dynamics of Comparative Advantage

This paper characterizes the dynamic empirical properties of country export capabilities in order to inform modelling of the long-run behaviour of comparative advantage. The starting point for our analysis is two strong empirical regularities in international trade that have previously been studied incompletely and in isolation to one another. The literature has noted a tendency for countries to concentrate exports in a few sectors. We show that this concentration arises from a heavy-tailed distribution of industry export capabilities that is approximately log normal and whose shape is stable across countries, sectors, and time. Likewise, previous research has detected a tendency for mean reversion in national industry productivities. We establish that mean reversion in export capability, rather than indicative of convergence in productivities or degeneracy in comparative advantage, is instead consistent with a well behaved stochastic growth process that delivers a stationary distribution of country export advantage. In literature on the growth of cities and firms, economists have used stochastic processes to study the determinants of the long-run size distributions. Our contribution is to develop an analogous empirical framework for identifying the parameters that govern the stationary distribution of export capability. The main result of this analysis is that a generalized gamma distribution, which nests many commonly studied distributions, provides a tight fit of the data but log normality offers a reasonable approximation. Importantly, the stochastic process that generates log normality can be estimated in its discretized form by simple linear regression. Log linearity allows for an extension of our approach to multivariate diffusions, in which one can permit innovations to productivity to be transmitted intersectorally and internationally, as in recent models of trade and growth. 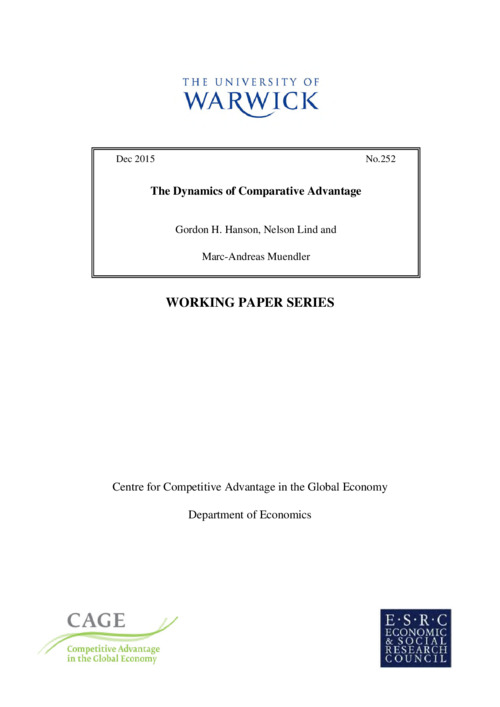