Before entering academia, I worked in a variety of grassroots roles—as a community organiser, a trade union organiser and a participatory action researcher—in both the United States and in Britain. I joined the Department of Sociology at the University of Warwick in 2017 as Professor of Sociology. I am a Richard von Weizsäcker Fellow at the Robert Bosch Academy in Berlin, a Fellow of the Academy of Social Sciences, a co-editor of Politics, Groups and Identities and an inaugural winner of the Flax Foundation's Emma Goldman Prize.

As a political sociologist, I have research interests in two areas: 1. racial, ethnic and gender inequalities in Europe and the United States and 2. women of colour’s grassroots organising and activism.

Co-creating Inclusive Intersectional Democratic Spaces across Europe (CCINDLE) is a seven-nation comparative research project exploring how citizens, activists and policymakers might re-invigorate engagement with democratic institutions by co-creating solutions to the crisis of democracy in Europe. We co-create knowledge on 1. anti-gender campaigns and how they challenge democracy, particularly through political violence and alternative knowledge production; 2. futures of society envisioned in feminist theories and how they relate to democracy in Europe with respect to intersectional justice, inclusion, and participation; 3. feminist movement and institutional responses to anti-gender and other anti-democratic forces.

Women of Colour Resist is a six-nation comparative research project that examines how women of colour activists in the UK, France, Belgium, Germany, Denmark and Spain strategise, organise and mobilise in illiberal Europe. Women of colour, oftentimes operating in hostile contexts, work in innovative ways to advance their political interests. This project aims to make visible this creative work and to map the processes by which women of colour undertake their grassroots activism against austeirty, against the far right and for migrants' rights. My co-principal investigator for this project is Leah Bassel (Roehampton).

Read the project report and the executive summary in Danish, English, Flemish, French, German and Spanish.

The Politics of Catastrophe

The Politics of Catastrophe examines how women of colour activists in Britain, the Netherlands and the United States operationalise an idea of ‘catastrophe’ as a political resource and protest frame for their organising, mobilising and solidarity work. In particular, this project aims to explore how women of colour activists working in two protest spaces: anti-austerity and migrants’ rights, frame their work as struggles against the inter-related catastrophes of: the unprecedented cuts to and privatisations of state-based social welfare provision; the political, policy and public opinion backlash against migrants in relation to increased surveillance, deportations and detentions; the rise of illiberal politics in terms of the electoral gains of far right parties, the mainstreaming of extremist language in political discourse and the spike in racist and xenophobic hate crimes.

In this cross-national comparative research project, my co-principal investigator, Leah Bassel (Roehampton), and I explore the effects of the 2008 economic crisis and subsequent austerity measures on minority women’s activism in France and Britain. In particular, we investigate how the crisis erodes minority women’s income and wealth but also galvanises their grassroots organising, activism and solidarity work for social justice.

Drawing on our research project Women of Colour Resist, which examines how women of colour activists in six European countries organise and mobilise against austerity, against the far right and for migrants’ rights, our new book explores how these activists define and enact solidarity. We specifically focus on how activists succeed but more often fail to build solidarity in their networks. We argue that these activists’ struggles with solidarity reflect broader socio-economic and political forces which doom to failure much solidarity work that seeks to meaningfully work across race, class, gender, sexuality and legal status. Because women of colour are operating in a context of extreme economic insecurity, this precarity translates into frail bonds between activists. Whilst precarity can be a point of common interest uniting activists and mobilising them to action, more often however, we see precarity as a condition that exhausts, frustrates and ultimately, undermines activists.

This is a book about studying the contours of Black women’s non-humaness, to shine a light on it, to contemplate it, to mourn it and ultimately step fully into non-humaness to become…something else. What does existence mean for Black women without the anchor of humanity and the struggle to inhabit it? What I’m contending with in this book is the problem of how one can be oneself without being human. Black women’s processes of becoming, of divesting from humanity, I name as ‘fugitive feminism’. I combine the concepts ‘fugitive’ and ‘feminism’ to signal that Black women’s becoming must be grounded in a collective process of speculative dialogue and action for liberation. I want to know what it means speculate about a new world and prefigure another mode of living and being. This is the task and promise of fugitive feminism. 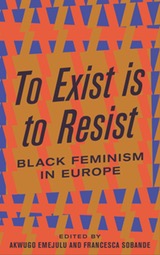 To Exist is to Resist: Black Feminism in Europe

How might we theorise and practice Black feminism and womanism in Europe today? This is a provocative question as women of colour are too often erased from or misrecognised in the European imagination. Constructed as alien Others, women of colour exist in a contradictory state of invisibility—we are assumed to be absent from and irrelevant to European societies—or hypervisibility—we are presumed to be oppressed and passive and/or highly sexualised, angry and irrational. Across the political spectrum among ostensible allies, women of colour must struggle against our erasure and the debilitating constructions of ourselves that delegimitise our politics, interests and activisms. Furthermore, women of colour in Europe must negotiate the dominant discourses of racial, gender and intersectional politics of North American Black feminists and womanists that make it difficult to name and take action on our particular racialised, gendered and classed experiences in a European context. This new edited collection explores how women of colour across Europe are undertaking creative resistances to institutionalised inequalities, to imagine radical new futures outside and against the neo-colonial frames and practices of contemporary Europe.

Read an interview in The List and in Black Perspectives with Francesca and me about our book. Read a review in The Sociological Review.

Minority Women and Austerity: Survival and Resistance in France and Britain

The 2008 economic crisis and subsequent austerity measures represent a contradictory moment for minority women in France and Britain. On the one hand, the ‘crisis’ is not necessarily a new experience for these women. In pre-crisis France and Britain, minority women were already in precarious social and economic circumstances. On the other hand, however, crisis and austerity do represent an important change in the circumstances of minority women. Due to the asymmetrical impacts of austerity, minority women are disproportionately disadvantaged by cuts to public spending thus sharpening and deepening their existing inequalities. Despite minority women’s routinised experiences of inequality, they are not passive objects at the mercy of economic restructurings and particular policy priorities. Minority women, often operating in hostile contexts among ostensible allies, are organising and mobilising in innovative ways to advance their intersectional social justice claims. Our new book examines minority women’s experiences of and activism within the austerity regimes of France and Britain. Through in depth case studies of the particular dynamics of austerity and activism in Scotland, England and France, we explore how the rebalancing of relations between the state, the market and civil society generate both opportunities and dilemmas for minority women activists, advancing a ‘politics of survival’ in these uncertain times.

Listen to an interview with me on the New Books in Critical Theory podcast. Read reviews of our book by the LSE Review of Books and Europe Now.

Community Development as Micropolitics: Comparing Theories, Policies and Politics in America and Britain

Listen to an interview with me about my book on the New Books in Political Science podcast.

Emejulu, A. and Sobande, F. (forthcoming) 'Intersectional Vulnerabilities and the Banality of Harm: The Dangerous Desires of Women of Colour Activists', Meridians

Emejulu, A. and van der Scheer, I. (2021) 'Refusing Politics as Usual: Mapping Women of Colour's Radical Praxis in London and Amsterdam', Identities.

Emejulu, A. and Bassel, L. (2020) 'The Politics of Exhaustion', CITY: Analysis of Urban Trends, Culture and Theory.

Stewart, S. and Emejulu, A. (2017) 'Women as Sectarian Agents: Looking Beyond the Football Cliché in Scotland', European Journal of Women's Studies.

Bassel, L. and Emejulu, A. (2017) ‘Caring Subjects: Migrant Women and the Third Sector in Scotland and England’, Journal of Ethnic and Racial Studies.

Emejulu, A. and McGregor, C. (2017) ‘Towards a Radical Digital Citizenship for Digital Education’, Critical Studies in Education.

Konstantoni, K. and Emejulu, A. (2017) ‘When Intersectionality Met Childhood Studies: The Dilemmas of a Travelling Concept’, Children’s Geographies 15(1): 6-22.

MacLeod, M.A. and Emejulu, A. (2014) ‘Neoliberalism with a Community Face? A Critical Analysis of Asset-Based Community Development in Scotland’, Journal of Community Practice, 22(4): 430-450.

Emejulu, A. (2013) 'Being and Belonging in Scotland: Exploring the Intersection of Ethnicity, Gender and National Identity among Scottish Pakistani Groups', Scottish Affairs, 84(3): 41-64.

Emejulu, A. (2011) 'Can "the People" Be Feminists? Analysing the Fate of Feminist Justice Claims in Populist Grassroots Movements in the United States', Interface: Special Issue on Feminism, Women's Movements and Women in Movements, 3(2): 123-151.

Emejulu, A. and Bassel, L. (2017) ‘Whose Crisis Counts? Minority Women, Austerity and Activism in France and Britain’, in Kantola, J. and Lombardo, E. (eds) Gender and the Economic Crisis in Europe. London: Palgrave.

Emejulu, A. (2020) 'George Floyd: Why the Sight of Those Brave, Exhausted Protestors Gives Me Hope', The Conversation.

Emejulu, A. and Mügge, L. (2018) 'Who is Seen and Heard in Politics? Intersectionality and Political Representation', APSA Migration and Citizenship Newsletter.

Emejulu, A. (2016) ‘The Centre of a Whirlwind: Watching Whiteness Work’, Verso Books

Emejulu, A. (2016) ‘Trump and Liberal Democracy’s Crisis of Knowledge’, The Sociological Review.

Emejulu, A. (2015) 'From #BlackLivesMatter to Anti-Austerity: Women of Colour and the Politics of Solidarity', Verso Books.

Sosenko, F., Netto, G., Emejulu, A. and Bassel, L. (2013) In It Together? Perceptions on Ethnicity, Recession and Austerity in Three Glasgow Communities. Glasgow: Coalition for Racial Equality and Rights.

Emejulu, A. and Bassel, L. (2013) ‘Between Scylla and Charybdis: Enterprise and Austerity as a Double Hazard for Non-Governmental Organisations in France and the UK’, Centre for Education for Racial Equality in Scotland, Briefing No. 2. 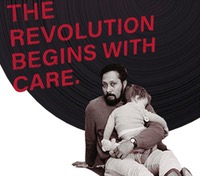 I am interested in supervising PhD students on areas related to grassroots activism, community development and organising, and race, class, gender and ethnicity more generally. I am also particularly interested in working with students who wish to use intersectional, critical race, feminist or post-structuralist methodologies in their research.

Alexandra Kelbert, 'The unbearable whiteness of class: Towards an intersectional reading of poverty discourses in Brexit Britain'

Melody Howse, 'You will be recorded: Blackness, police encounters and technology in Berlin'

Geetha Marcus, 'From the margins to the centre: The educational experiences of Gypsy and Traveller girls in Scottish schools' (Completed, June 2016)

Black Feminism, Womanism and the Politics of Women of Colour in Europe

In Conversation with Nicola Sturgeon

10 Years of Women's Resistance to Austerity Across Europe

Towards a Fugitive Feminism

Crisis Politics and the Challenge of Intersectional Solidarity

Audre Lorde: Your Silence Will Not Protect You