High tech gadgets are being used more commonly by archaeologists, classicists and ancient world researchers to investigate the people of the past. Professor Michael Scott has used a number of techniques in his research and for his TV work which have helped to bring ancient worlds to life.

1. Seeing below the ground

Excavation is costly and slow. Over the last decades, archaeologists have been experimenting with different forms of ground-penetrating technology to be able to see what lies below the ground, in order to allow them to then target old-fashioned ‘open-excavation’ much more successfully to be able to secure a detailed understanding of a site.

This ‘geophysical survey’, normally done using a machine called a magnetometer, requires a person to walk up and down a selected area in straight lines, pointing the magnetometer towards the ground, where a computer attached to the machine (worn like a rucksack by the person walking) stores the data. Everything – magnetic or not – has a set of magnetic properties, which create local disturbances in the Earth’s magnetic field. The computer produces an image of archaeological ‘features’ (walls etc) under the ground, allowing targeted excavation then to study their material and construction in detail.

This technique has been pioneered by archaeologists such as Sarah Parcak, who won a $1M TED prize to create a website to enable anyone to take images of the earth from satellites to find hints of ancient features buried under the ground, so far undiscovered. Her website, GlobalXplorer, shows how satellite imagery - often using different parts of the light spectrum (like infra-red), or using images taken from particular times of year (drought or wet season) can allow larger features in the landscape to stand out. Some of these feature we simply cannot see from the ground – and this was shown really successfully with the city of Tanis in Egypt.

I have been working now for several years with a company, Scanlabs, which specialises in taking laser-scans of archaeological sites. We have worked together on underground quarries, aqueducts, the Parthenon, great churches and entire cityscapes together.

These laser scans can be done with millimetre precision, and are then overlaid with a series of high resolution colour photographs to give coloured laser-scan versions of the locations. These can then be viewed on a computer from any angle and at any scale.

In our last series of Ancient Invisible Cities for the BBC, the team also took to a helicopter to scan parts of the whole of Istanbul, giving us a laser-scanned model of the city which we could explore.

The laser-scans we produce of a particular location can then be turned into full 3D virtual realities, which you can explore using any 3D headset. These VR worlds allow you to move around a space in a way you can’t do in reality, but also allow lots more people to experience a location than would ever be possible in reality due to the difficulties of access. They can also be turned into curated ‘360’ tours of particular locations, allowing people to learn about a site as they experience it.

5. Seeing beneath the sea

Normal laser-scanners don’t work well beneath the waves. But now, advances in technology are beginning to allow amazing discoveries of shipwrecks that lie on the ocean floors.

Recently a 4th century BCE shipwreck, one of more than 40 shipwrecks found, was discovered on the floor of the Black sea by the Black Sea Maritime Project. The wrecks were found by a specially designed remote operated vehicle that can dive to greater depths than ever before, and move faster through the water than any such vehicle before. The vehicle is equipped with special cameras to be able to see in the dark depths, producing 3D photogrammetry and video. The perfect anaerobic conditions at the depths of the Black Sea mean the wreck is well persevered and still has its wooden mast and even its rope rigging! The result of the scan is a visual of a ship almost as if it was still floating on the surface of the ocean.

Professor Scott will be talking about using new technology to explore the ancient world at the British Science Festival, which is being held at the University of Warwick this year.

The British Science Festival runs from the 10 -13 September at the University of Warwick.

For more information or to book tickets visit britishsciencefestival.org 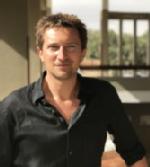 Michael Scott is Professor of Classics and Ancient History at the University of Warwick. His principal research interests lie in the intersection of ancient history and archaeology within the Mediterranean and more widely across the ancient world.

He believes passionately in making the ancient world as accessible as possible to a wider audience. He regularly talks in schools around the country, writes books intended for the popular market as well as articles for national and international newspapers and magazines, takes part in radio programmes, and has written and presented several TV series about the ancient world for History Channel, National Geographic, BBC and ITV.

For further information on his work, visit: www.michaelscottweb.com