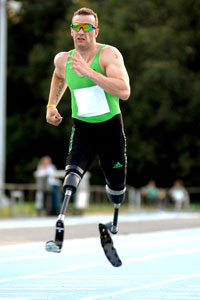 Twelve Paralympians from the GB and Ghana teams joined athletes from across the UK and Warwick's Wheelchair Racing Academy on 25 July 2012 for an evening event of 100m, 200m, and 1500m races for sprinters and wheelchair racing. 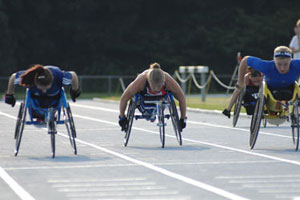 Since setting up in July 2011, the Wheelchair Racing Academy has helped to introduce a number of new wheelchair racers to the sport and is now one of four regional centres recognised by UKA for athletes and coaches.

One of the Academy's founder members Mel Nicholls improved her 200m times by over 6 seconds this year - a huge margin in sprints - up to 4th in the world rankings for 200m and 6th in the 100m, earning selection for the Paralympics GB team.