First-year Computer and Business Studies undergraduate, Richard Salter, will be running with the Olympic Torch on 22 May through Yeovil in Somerset.

Richard Salter received confirmation last week that he would be an Olympic Torchbearer for part of its 70 day journey around the UK this summer. Tens of thousands of nominations were made and a total of 8,000 inspirational individuals were selected to carry the Olympic flame.

The 19-year-old student from Tiverton in Devon was chosen by judges because of his considerable charitable work. They said: 'To be so young and so giving is great to see. There are many people that for years don’t think about these kind of things so it’s great to see Richard starting so early'.

Amongst his achievements, Richard has served as Cadet Company Serjeant Major in the Army Cadet Force and designed their award-winning website free of charge, mentored on a Devon ACF Outreach project, acted as Vice Chair and Treasurer of St John Ambulance at Warwick University and raised over £2,000 organising a charity auction and raffles for bibic, a national charity offering practical help to families caring for children with conditions like autism, cerebral palsy, Down’s syndrome, developmental delay, brain injury, and specific learning difficulties like ADHD, dyslexia and dyspraxia.

I was absolutely delighted to have been nominated in the first place, and to be selected to carry the Olympic Torch is an incredible honour. 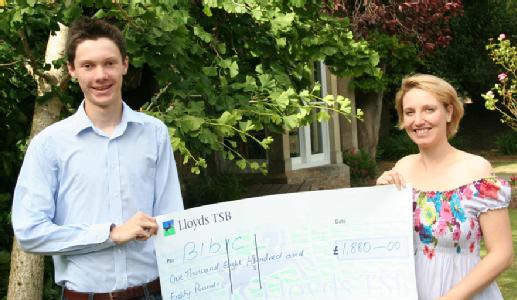