· The effects of SGA tend to reduce by adulthood

People born small for gestational age (SGA) have a lower IQ throughout development, however the differences in IQ to those born appropriate for gestational age (AGA) reduce by adulthood. The effects of SGA on IQ are nearly as large as being born into lower socio-economic status or receiving poor parenting in infancy.

It has been previously determined by researchers from the University of Warwick that those with a smaller head circumference at birth and subsequent poor head growth have a lower IQ. This research has now led them to look at whether cognitive performance from infancy to adulthood is affected by being born small for gestational age.

The researchers also determined whether other aspects such as being very preterm/very low birth weight, socioeconomic status and parent-infant relationship influence SGA’s effect on cognitive performance.

In the paper, ‘Small for Gestational Age - Cognitive Performance from Infancy to Adulthood: An Observational Study’, published in the journal British Journal of Obstetrics and Gynaecology researchers from the Department of Psychology at the University of Warwick have found that those born small at gestational age have a lower IQ throughout development.

They determined SGA using 2 different methods, growth charts based on birth weight and growth charts normed on ultrasound measurement in pregnancy (foetal reference). They also assessed the parent’s socioeconomic status and parent-infant relationship before the infant was 5 months old, and had participants do a developmental and IQ tests on six occasions, from 5 months to 26 years old.

While the foetal reference classified more infants as SGA than the neonatal reference, SGA using either reference was associated with an IQ -8 points lower than those born appropriate for gestational age (AGA), with the difference narrowing into adulthood. 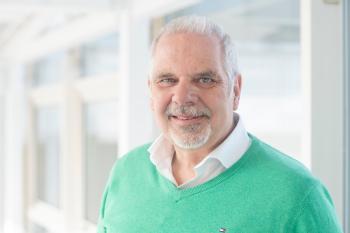 relationship between infant and parent.

Professor Dieter Wolke, from the Department of Psychology at the University of Warwick comments:
“SGA, whether born preterm or at term, seems to have adverse effects on cognitive development that are long lasting. Reassuring is that there is some catch-up in IQ into adulthood.”

“In contrast, being very preterm, into a lower socio-economic status or having experienced poor parent-infant relationship has further and even more severe adverse effects on IQ.”

Robert Eves, the first author from the Department of Psychology at the University of Warwick adds: “This shows us that those born SGA need extra interventions to ensure their cognitive development is not put at jeopardy, especially if social risk factors are also experienced by the infant.

High-res images available at:
https://warwick.ac.uk/services/communications/medialibrary/images/february2020/2019_wolke_dieter.jpg
Caption: Professor Dieter Wolke, from the Department of Psychology at the University of Warwick