Work has begun on the 300km Midlands Future Mobility test environment – spanning from Coventry to Birmingham. It will see autonomous vehicles trialled on urban, rural, suburban and highway roads. The project is run by an assocation of companies including WMG at the University of Warwick, MIRA, AVL, Transport for West Midlands (TfWM), Costain, Amey, Wireless Infrastructure Group, Coventry University and Highways England.

Autonomous vehicles will be trialled along the Midlands Future Mobility route, which has been developed by TfWM in collaboration with Coventry City Council, Birmingham City Council and Solihull Council. The route aims to fully assess vehicle performance in a wide range of real world locations and situations. 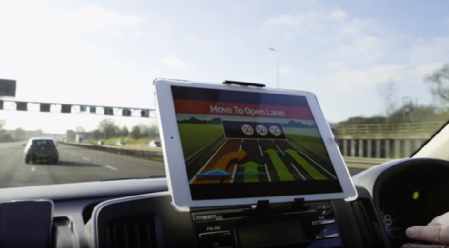 The vehicles on the Midlands Future Mobility route will not be driving themselves during the early stages of research. At first they will have a driver and occasionally a second person monitoring how the vehicles are working. All testing will be as safe if not safer than current vehicles on the road.

The route itself causes no disruption to drivers or the homes along it, as it uses existing road infrastructure 95% of the time. Phase one of the route includes roads on our University campus, Coventry ring road, and roads in Meriden, Solihull and central Birmingham around the Jewellery Quarter.