Because the Centre has had a sustained and strong history of leadership, we asked the four Centre Directors who have spanned its development from the founding of a single Masters course to the development of a thriving teaching and research community, for their reflections on the role:

Oliver Bennett reflects upon his time directing the Centre in the following ways:

During my time as Director of the Centre, I tried to embed three key principles: first, that teaching and research should be valued equally; secondly, that the Centre should provide a space for those working within it to pursue their intellectual interests with the greatest possible academic freedom; and thirdly, that the Centre should offer an independent, critical voice, unaligned to specific institutional agendas. Since his retirement from the Centre and from Warwick, Oliver has continued to play a role at the Centre as Emeritus Professor. I remained at Warwick as Professor of Cultural Policy Studies, focusing both my teaching and research on ‘implicit cultural policies’, specifically the institutional promotion of hope. I retired from full-time work in December 2016, though continued with some postgraduate teaching and PhD supervision. I consider myself ‘de-institutionalised’ rather than ‘retired’, continuing to pursue my intellectual interests and retaining the editorship of the International Journal of Cultural Policy. Before his retirement, Oliver had passed the baton of directing the Centre onto Chris Bilton.

Here, Chris reflects upon his time and thinks through what cultural policy meant for him during those years:

From the beginning the Centre took a broad definition of policy and of culture. ‘Policy’ was attributed to powerful commercial institutions and interests as well as governments; ‘culture’ encompassed the cultural and media industries. The Masters in Creative and Media Enterprises was the first UK course to focus on management of the commercial creative and media industries in 1999; the Masters in Global Media and Communication (2010) and the Masters in Arts, Enterprise and Development (2014) extended the Centre’s scope further, leading to its current identity as the Centre for Cultural & Media Policy Studies (2017).

As Centre Director, I oversaw an extension and reorganization of our teaching and staffing, increasing the number of MA programmes from two to four and reinforcing the connection between teaching and research.

Whilst all of our teaching is informed by research, a lot of our research grows out of teaching. We start from what we think students need to know and design our teaching and recalibrate our research accordingly. The aim is to prepare students for careers in the cultural sector, but also to equip them to change it. For this students need to combine critique with pragmatism. We don’t just want our students to fit in, nor do we want them to be critically detached; we want them to reimagine and challenge cultural and media organisations from the inside.

Emphasizing the origins of the Centre, Chris suggests the Centre is well placed for exploring future developments:

As one of the first centres for research and teaching on cultural policy, creative and media industries and cultural and media organisations, I believe the Centre is able to provide a long view on issues like cultural value, everyday participation and global media power. That collective memory is shared not only with many of my current and former colleagues but also with our alumni, many of who are putting into practice classroom debates and ideas through cultural institutions and enterprises around the world. Now that he is no longer Centre Director, it does not mean that he has taken a backseat. In fact, Chris places postgraduate student experience at the heart of his work, while handing over the directorship to Jerry Ahearne: I continue to teach on the MA in Creative and Media Enterprises, the course I set up in 1999, and to supervise PhD students (several of whom I also taught at MA level). My new role in the Centre gives me oversight across all of the Centre’s MA teaching as well as student wellbeing. In the future, I am looking forward to building stronger links with our alumni and extending the Centre’s teaching beyond our current MA programmes. My research on creativity and organization extends into other disciplines, continuing the traditions of interdisciplinarity, internationalism and academic freedom championed by Oliver since the Centre’s foundation.

In 2014, Jerry Ahearne led the Centre and brought a fresh perspective from the context of French cultural policy studies and assisted in thinking through lively debates of national cultural policy at a time of increasing nationalisms in Europe.

He says of his time:

During my secondment as director between 2014 and 2017, the annual PGT intake rose to over 100 each year, making the Centre feel much more like a department in its own right. The challenge was to adapt to these new dimensions while maintaining its ‘family’ feel for students and allowing established and new colleagues each to pursue their very distinctive pedagogical and research explorations.

Although only with us a short time, Jerry has had a real and positive impact, taking the Centre though some important changes and solidifying its position within the University. Having handed over the directorship to the next Centre Director, Jerry continues his research, saying:

I have now returned to my home in the School for Modern Languages and Cultures, where I continue to work on various interfaces between politics and culture in contemporary Europe.

The same year the Centre agreed to its name change to Cultural and Media Policy Studies was also the year we witnessed a new direction in our twenty-five year story from that original Masters in European Cultural Policy to the now flourishing research, teaching and impact activities of the core team, the postgraduate research community and our associates. In 2017 Joanne Garde-Hansen was not only the first female director of the Centre but also the first media scholar to take up the role with a view to doing more of what we do well, maintain the high standards of teaching and research, while at the same time being ready to take on new challenges within a dynamic context of significant media and cultural changes. Having been the Course Director of the Masters in Global Media and Communication since 2013, Joanne has sought to emphasise media industry, practice and media theory within the curriculum as well as extending the research of the Centre to incorporate strong interdisciplinarity with other departments such as Film and Television, the Centre for Interdisciplinary Methodologies, and Theatre and Performance Studies, as well as with the Social Sciences. During her tenure she developed and project managed the launch of the first 'media degree' at Warwick, the BA Media and Creative Industries, taking the Centre into undergraduate teaching and expanding the size of the Centre's staff towards the goal of doubling it's student population by 2023.

In taking the Centre forward, she reflected upon how the Centre:

Became more focused on those students, as well as those media and creative industries, born and raised in the 21st Century. While we have proven ourselves excellent in our delivery of postgraduate courses contributing successfully to the 38% of postgraduates that make up the University of Warwick’s population; we have done this through a sustained attention to the deep connections between research and teaching. Developing and expanding our provision, exploring new ideas, courses and alternative ways of learning and engaging with the media, creative and cultural industries will be vital if we are to contribute regionally and beyond. The Centre for Cultural and Media Policy Studies is well placed to strengthen its position by reaching out into new and cognate areas of teaching and research, demonstrating its authentic approach to the critique of and contribution to the cultural, media and creative industries. The Centre continues to be a gateway through which students and researchers graduate to greater success. 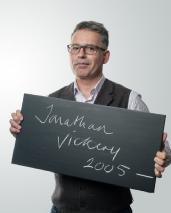 I have been in the Centre since 2005, and at Warwick since 2001. My tenure as Director began with the huge challenge of Covid-19 at the same time as embedding us in our new location within the School of Creative Arts, Performance and Visual Cultures. Late 2021 will see us installed in a new Faculty of Arts building, which is one major investment in the arts by the University (and paralleling the opening of the refurbished Warwick Arts Centre, with whom we will be collaborating). Coventry will see the City of Culture 2021 year unfold, with some significant contributions by the Centre. In other words, this is a huge period of strategic development, building on an equally huge amount of strategic planning work done by my predecessor.

My priorities will be to expand the international profile of our research, to increase the global scope of our research and teaching collaborations, to work with internal partners (such as the Warwick Interdisciplinary Centre for International Development, and the Centre for Television Histories and the Centre for Digital Enquiry); we will extend our role in the University’s role in the EUTOPIA European university project, and to re-position our four successful MA degrees in relation to both Europe and the broader world of international students (increasingly effected by shifting geo-politics). And moreover, the Centre is now host to three academic journals, not least the international leader, International Journal of Cultural Policy (edited by Professor Emeritus Oliver Bennett). I will be working to increase the profile and attention to our journals through events and engaging international audiences.