Hi! As part of the MOAC doctoral training initiative, I study permeation processes in biological membranes - both monolayers ( a single layer of lipids ) and bilayers ( the more familiar arrangement of two monolayers as can be seen in many living cells ). There are two main aspects to this research; the experimental use of electrochemistry and laser scanning confocal microscopy and the computational simulation of related systems.

Lipids are molecules which generally have two important regions; the "head", which is generally hydrophilic, and one or more of the more hydrophobic "tails". This can produce interesting behaviour in solution; depending on the concentration of the lipid, a vaiety of structures can be formed ranging from micelles to bilayers and vesicles.

Using experimental electrochemistry, it is possible to induce and measure a variety of processes involving ions. My work has concentrated on the measurement of permeation processes in barriers composed of lipids; using microelectrodes I have studied the permeation of oxygen through monolayers formed from a variety of lipids on the surface of water, and induced a proton gradient through bilayers which can then be visualised using a pH sensitive fluorescent dye and a laser scanning confocal microscope, which allows the precise recording of the resultant emitted light.

The theoretical aspects of my work centre on the simulation of the experimental processes with molecular dynamics and finite element models. Molecular dynamics allows very detailed simulations of the barriers on an atomic level, but is rather time consuming and CPU hungry for large systems such as monolayers and bilayers. Hence it is only realistically possible to use such methods for small systems, generally on the order of thousands of distinct atoms. Finite element methods are more idealised and abstract, and are capable of simulating an entire experimental system given the appropriate information regarding the movement and equilibria of the chemicals involved.

By using the experimental and theoretical tehniques in tandem it is possible to look at the permeation of oxygen and weak acids, for example, on a number of time and length scales and hence hope to gain a better insight into processes which have importance in oxidative phosphorylation and drug delivery. 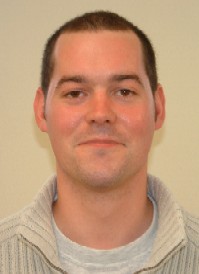