, a WDSI member who works in Statistics and Complexity, is featured in a recent Economist article (Now There's an App for That

, 19 September 2015) about the success of machine-learning approaches to rapid diagnosis of a common disease from retinal images.

on this machine-diagnosis problem. (This was not Ben's first such success: In 2013 he was the winner of a similar competition organised by ICDAR, with a novel method for recognition of online Chinese handwriting.)

To explain in a bit more detail what he did, Ben writes:

Kaggle obtained pairs of retinal images from Eyepacs/the California Healthcare Foundation from about 44,000 people at risk of diabetic retinopathy. Each of the 88,000 images was graded by a human expert on a scale from 0 to 4; most of the images were healthy zeros. Elevated scores indicate a risk of vision loss. The scores were made available for about 18,000 people to form a training set, with the rest of the scores kept secret to form a test set. The images varied substantially in quality, from in-focus 3000x3000 pixel images to images that were completely blank. Most of the images were of fairly high quality.

I trained a convolutional neural network (or three) to classify the images. To try and boost accuracy, I used the classification for each left-right pair of images to produce the final per-eye classifications, combining scores with a random forest.

The truth is likely to be a mix of the two.

The example images below are of a healthy retina (first image) and a high-risk case. 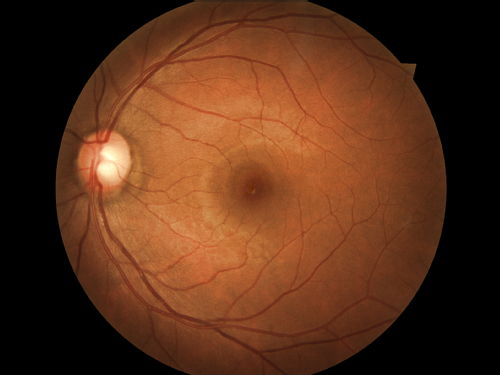 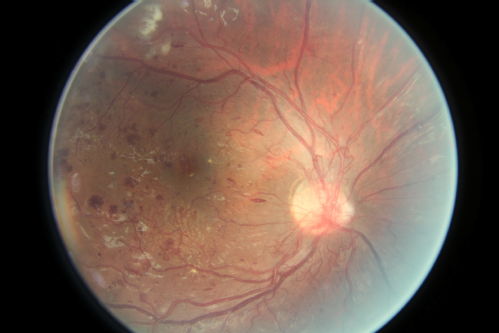