Mark Harrison is a professor of economics at the University of Warwick, a research associate at CAGE, and a senior research fellow at the Centre for Russian, European, and Eurasian Studies of the University of Birmingham. He was one of the first Western economists to work in the Russian archives following the fall of Soviet communism. His research has brought new knowledge about the Soviet economy into mainstream economics and international economic history, especially through projects on the two world wars. His work on Russia's historical national accounts in wartime was recognized by the Alec Nove Prize of the British Association for Slavonic and East European Studies (1998) and the Russian National Award for Applied Economics (2012). His current research is on state security and political policing in the Baltic under Soviet rule.

His latest book is One Day We Will Live Without Fear: Everyday Lives Under the Soviet Police State (2016). 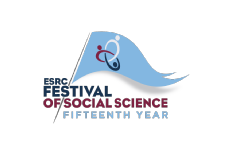