The UK could have zero new cases as early as 10th May but no later than the end of May.

Dr. Pancrazi has applied Richards’ phenomenological model for predicting the pattern of an outbreak to the case of the UK. This model has been used to assist the trajectory of previous outbreaks including H1N1, SARS, Ebola and the COVID-19 outbreak in China.

Graphs
When the epidemic is on its exponential growth, new cases are proportional to the total number of case. When plotting the two variables in a graph with logarithmic scale, the relationship between the two variables appears as a upward straight line. When the line start to flatten we are at the peak of the epidemic. When the line start to decrease sharply, we are in the decaying phase. Notice how the decaying process has already started in Italy.

Roberto Pancrazi, ‘Estimating and Forecasting Covid-19 Evolution in the UK and its Regions: a Brief NoteLink opens in a new window’, CAGE Briefing Note no.20 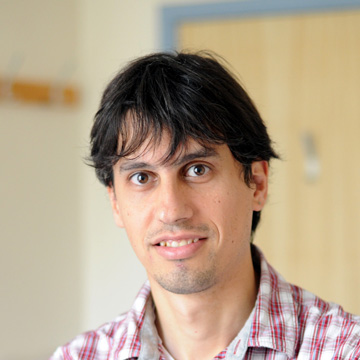