The event will be interactive with a session dedicated to discussions on the topics presented by the speakers.

The event is free but please register here (places will be allocated on a first come, first served basis)

Directions on how to get to Warwick University can be found here. Interactive and downloadable maps of campus can also be found here.

Associate Head of Department of Law (Postgraduate Programmes) studied at the universities of Stellenbosch and Cape Town in South Africa and subsequently at Cambridge University. She taught at the University of Cape Town and the University of the Witwatersrand in South Africa before moving to the United Kingdom where she taught at City University, London and Oxford Brooke University before joining the University of the West of England in 2008. Her teaching interests lie in the areas of Public Law and International Human Rights Law. She has wide experience in curriculum development and programme management, principally at postgraduate level. Her current research focuses largely on Social and Economic Rights especially the right to water and the right to food and the relationship between social and economic rights and environmental protection. She also has a particular interest in Human Dignity and the relationship between dignity and rights such as the right to equality and social and economic rights. She is editor of the Journal of Human Rights and the Environment and series co-editor of the Critical Reflections on Human Rights and the Environment series, Edward Elgar Publishing. She is also Research Director for the Global Network for Human Rights and the Environment (GNHRE).

Professor Duncan French, Head of the Lincoln Law School, is a leading academic on international environmental law and the international legal implications of sustainable development. He has written extensively in these areas, as well as writing generally on both broader questions of public international law (eg. treaty interpretation), international economic and investment law and the interaction between international law and European Union law. He has secondary research interests in international law of the sea and Antarctica. As a key figure in the global debate on sustainable development, he has been co-rapporteur of the International Law Association Committee on the International Law on Sustainable Development for ten years. He is currently Chairman of the ILA Working Group on International Law and Due Diligence. In his capacity as a senior research fellow of the Centre for International Sustainable Development Law, Professor French spoke to diplomats at the UN Headquarters (New York) in April 2012 on the role of international tribunals in resolving complex environmental and socio-economic disputes. He also an interest in the relationship between EU and international (environmental) law, and has written on such matters as the Mox Plant dispute between Ireland and the UK concerning potential radioactive harm in the Irish Sea (and its EU dimensions), EU/Caribbean investment relations and the seminal decision of Kadi, in which the Court of Justice clearly demarcated the legal jurisdiction of the EU in the review of UN terrorist listing. A recent work (Global Justice and Sustainable Development (D. French (ed) Martinus Nijhoff (2010)) was nominated for the prestigious International Studies Association 2012 Harold and Margaret Sprout Environmental Studies Book prize. Professor French was Professor of International Law at the University of Sheffield from 2009 until 2012, prior to taking up his new post as the Head of Lincoln Law School in February 2012. He is also an adjunct professor at the University of South Australia. 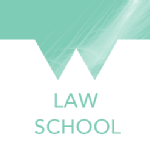